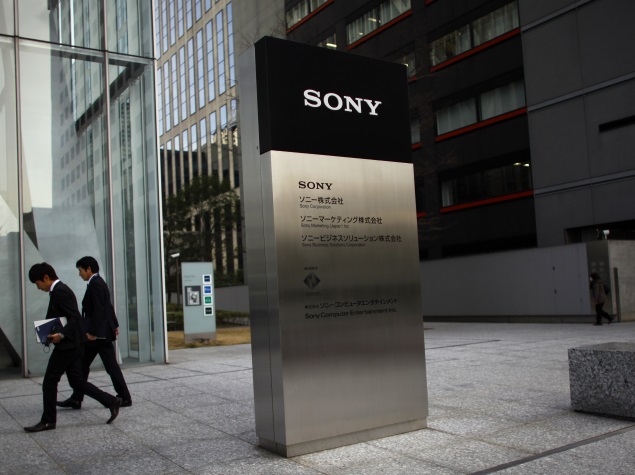 Japan's loss-making Sony Corp plans to slash its TV and mobile phone product line-ups to cut costs, counting on multi-billion dollar revenue surges for its buoyant PlayStation 4 and image sensor businesses over the next three years.

Having lost ground to nimbler rivals like Apple Inc and Samsung Electronics Co Ltd in consumer electronics, Sony said on Tuesday its goal for TV and smartphones is to turn a profit, even if sales slide as much as 30 percent.

"We're not aiming for size or market share but better profits," Hiroki Totoki, Sony's newly appointed chief of its mobile division told an investors' conference. A poor showing by its Xperia smartphones has weighed heavily on recent earnings and Sony said more detail on plans for the unit will be unveiled before end-March.

With cost cuts on the way in some divisions, Sony is also not planning to renew its FIFA soccer sponsorship contract next year, people familiar with the matter told Reuters.

Under its new three-year electronics business plan, Sony said it was aiming to boost sales for its videogame division by a quarter to as much as 1.6 trillion JPY  ($13.6 billion, roughly Rs. 84,300 crores). It said that will be helped by personalised TV, video and music distribution services that should lift revenue per paying user.

At its devices division, which houses its image sensor business, Sony said sales could increase 70 percent to as much as 1.5 trillion yen. Sony's sensor sales are already robust, with Apple using them in its iPhones while Chinese handset manufacturers are increasingly adopting them.

In a similar event last week for its entertainment units, the conglomerate said it was aiming to lift its movie and TV programming revenues by a third over the next three years.

Shares in Sony finished 6 percent higher on hopes that the new measures show a greater sense of restructuring urgency, while the Nikkei 225 index rose 0.3 percent.

"There's a lot of expectation for Sony now, but nothing is sure until there are results," said Ichiyoshi Asset Management chief fund manager Akino Mitsushige. "Getting out of the mobile market is an option, but they can't do that now, so they will need to make some fundamental changes."