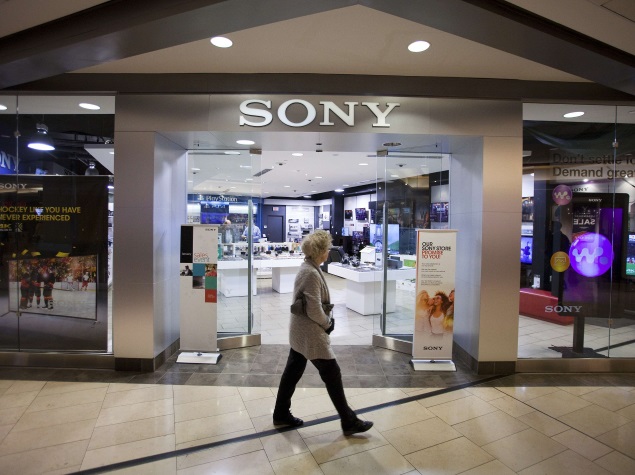 Sony on Wednesday slashed its full-year loss forecast, citing a weak JPY and pickup in its smartphone and PlayStation console businesses, but warned of more job cuts as it struggles to return to profitability.

The company said it now expects to lose 170 billion JPY ($1.4 billion, roughly Rs. 8,630 crores) in its fiscal year to March, down by more than a quarter from an earlier 230 billion JPY estimate, as it also pointed to falling restructuring costs.

Sony published estimates Wednesday after earlier saying it would delay its finalised numbers after a cyber-attack at its Hollywood film unit linked to North Korean satire "The Interview" compromised "a large amount of data".

On Wednesday, it said that investigating the attack and fixing the problems at Sony Pictures Entertainment would cost at least $35 million (roughly Rs. 215 crores), but added that it wouldn't have a significant impact on earnings.

Also Wednesday, Sony announced that it would shed another 1,100 jobs in its mobile phone business on top of a previously announced 1,000 redundancies, which will mean the division is losing about one-third of its workforce.

Sony has struggled in the consumer electronics business that built its global brand, including losing billions of dollars in televisions over the past decade as fierce competition from lower-cost rivals pummelled the TV subsidiary's finances.

'Changing the mindset'
The company is going through a huge restructuring, including unloading its laptop business and selling its Manhattan headquarters, in a bid to drag itself out of the red.

The firm's loss forecast included a huge writedown in its Xperia phone unit, as it falls further behind rivals Samsung and iPhone maker Apple.

Critics have repeatedly called for deeper cuts, including exiting the television business altogether which Sony has so far resisted.

It also brushed off a US hedge fund's call to spin off part of its movie and music business.

"Our decision to withdraw from the personal computer business has had a big impact," Sony's chief financial officer Kenichiro Yoshida told reporters Wednesday.

"The fact that management was able to decide to withdraw entirely from a business was a big deal that changed the mindset inside the company."

A sharply weaker JPY has offered a lifeline to Sony, along with rivals Panasonic and Sharp, as it inflates the value of repatriated profits made overseas.

Sony's third-quarter revenue got a boost as its smartphone and PlayStation games businesses picked up, but sales were down in the movie unit.

Restructuring costs were down by a third from a year ago, it said.

For the nine months to December, Sony estimated it had a net loss of 20.1 billion JPY, reversing 9.9 billion JPY profit a year earlier.

While the cyber-attack was not expected to have an impact on Sony's bottom line, the incident damaged network systems at the movie unit and meant it could not put together financial statements on schedule.

Yoshida said it was tough to predict when hackers would strike or fully insulate the company from future attacks.

"The world is constantly changing and we have to continue taking measures to boost our cyber-security," he told reporters.

"The Interview" was set for a Christmas Day release before Sony became the target of one of the biggest cyber-attacks in US corporate history.

Threats made by hackers prompted Sony to initially cancel its theatrical release. It was eventually screened in select art house cinemas, and released on the Internet and via cable TV providers.

Washington has blamed North Korea for the hack a claim Pyongyang has denied while still strongly condemning the film, which features a fictional plot to assassinate leader Kim Jong-un.

Sony shares closed 2.65 percent higher at 2,769.0 JPY in Tokyo before the results were released.