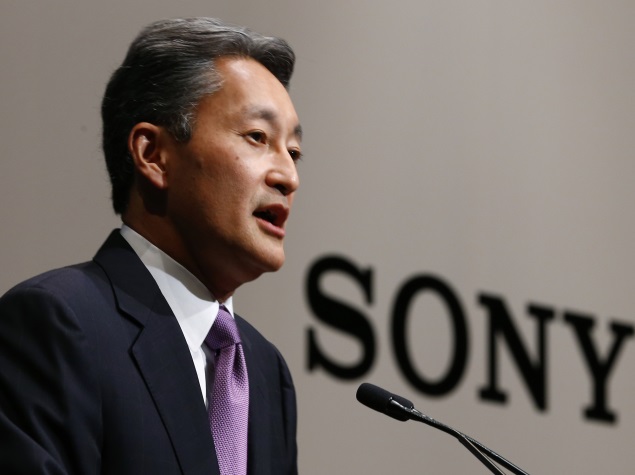 Japan's Sony Corp warned it doesn't now expect to make money on smartphones this year, citing weak demand, but said restructuring will help it turn a profit in its loss-making consumer electronics division for the first time in four years.

Reporting April-June operating profit doubled, boosted by its games and networks division and a one-off asset sale, Sony on Thursday cut its smartphone sales target this fiscal year by 14 percent. Analysts had said the initial target was too ambitious amid stiff competition from both high-end rivals like Apple Inc and cheaper Asian electronics makers.

Chief financial officer Kenichiro Yoshida said the company is reviewing mid-term strategy for smartphones after the company said it now expects to just break even in the business this year, down from a previous operating profit forecast of 26 billion yen.

"We are also discussing whether to change the number of phones in our line-up and adjust their lifecycle," Yoshida said, speaking at a news conference after the company released its results on Thursday.

Sony has vowed to turn a profit on its flagship electronics division this year, come what may. The firm is cutting 5,000 jobs and spinning off its TV division into a separate company, a move chief executive Kazuo Hirai has said will increase accountability at the business.

Sony said a 14.8 billion gain from the sale of a technology centre in Japan inflated the quarterly profit, while its games and networks division - the focus of much of Sony's corporate strategy going forward - turned in a strong performance.

Still, with the smartphone business under review, Sony maintained its full-year forecasts of a 140 billion yen operating profit and a 50 billion yen net loss - which would be the company's second straight year in the red.

"We have topped our targets (in the first quarter), but if you look at our past, we have made our targets in most first quarters but then haven't been able to meet our full-year targets," CFO Yoshida said. "I want to see how the rest of the year goes."

USB Devices Like Keyboards Can be Used to Hack Into PCs: Researcher
Amazon Appstore Offers Android Apps 'Worth Over $100' for Free