The recently leaked Sony Xperia 5 Plus may be unveiled at the event. It is tipped to pack a 6.6-inch OLED display, dual front-firing speakers, tall 21:9 aspect ratio, and triple rear cameras. 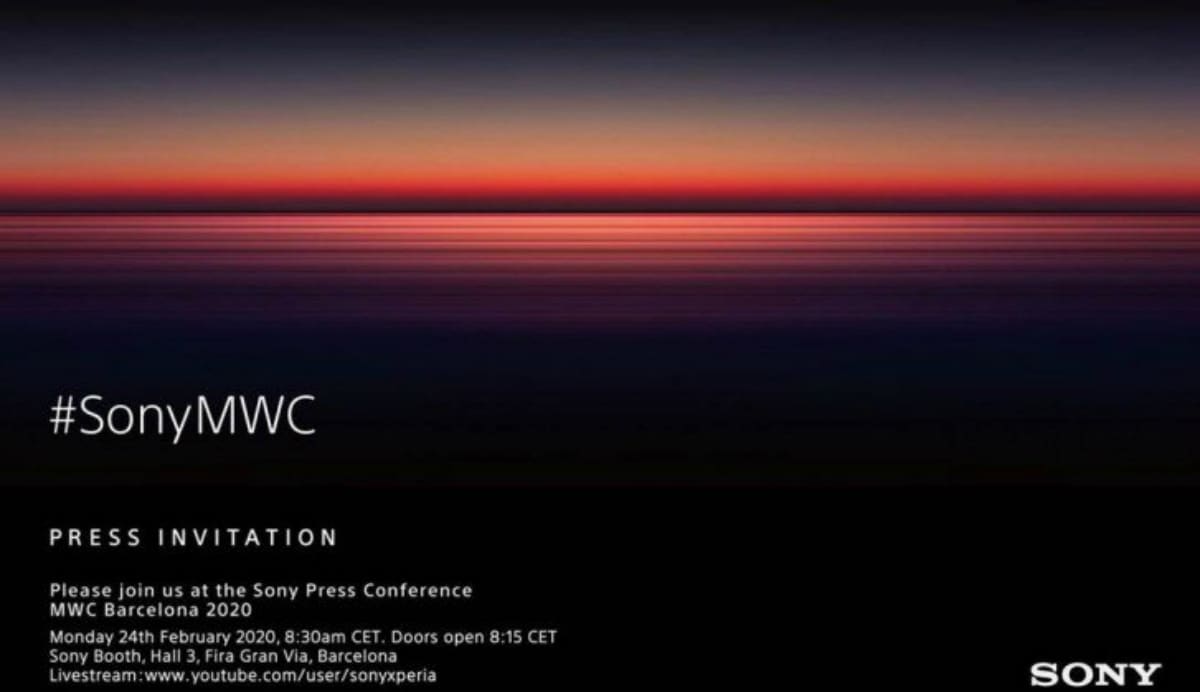 Sony should launch new Xperia phones at MWC this year

After revealing the official PlayStation 5 logo at CES 2020, the company is now sending invites for its MWC event. It will host an event on February 24 in Barcelona, and invites have now been reportedly been sent out to the press. The event will begin at 8.30am CET (1.00pm IST) and will be held at the company's booth in Hall 3, Fira Gran Via. In the invite, the Japanese giant has also confirmed that it will be live streaming the event for all those who won't be able to attend MWC.

Sony doesn't give out any hints in its press invite (via GSMArena) but the company is largely expected to launch new Xperia phones at the event. The recently leaked Xperia 5 Plus may be unveiled at the event. It is tipped to pack a 6.6-inch OLED display, dual front-firing speakers , tall 21:9 aspect ratio, and triple rear cameras. The phone's leaked renders suggest a glossy back panel finish, a side fingerprint sensor, and the Xperia 5 Plus is seen to retain the 3.5mm audio jack.

The company could unveil the Sony Xperia XA3, Xperia XA3 Ultra, and Xperia L3 phones as well. These phones were expected to be unveiled at CES, but that didn't happen. The launch could instead be at MWC next month. These phones have been leaked in the past on several occasions, and Xperia XA3 and XA3 Ultra are tipped to run on Android Pie, be powered by the Snapdragon 660 SoC, and offer up to 64GB of internal storage. The phones are reported to feature 5.9-inch and 6.5-inch displays, respectively.

There could be a flagship phone launch as well. There's no word on what this phone may be called, and because the Xperia 5 Plus is positioned to be a mid-range device, there could be separate flagship phone that may be unveiled at MWC 2020. All of this is pure speculation as of now, and Sony could be going a completely different route at Barcelona. All details will only be unveiled at MWC on February 24.