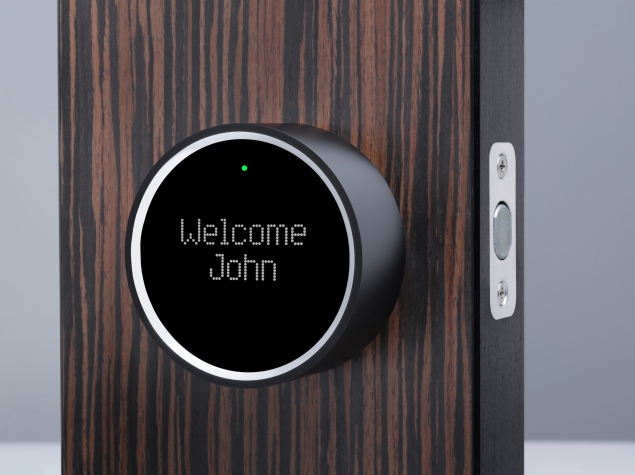 Gabriel Bestard-Ribas got tired of his house keys scratching his smartphone in his pocket, so he combined them.

The result was a Goji lock, which senses when a resident's smartphone is near and not only unlocks a door but greets the resident by name.

It's just one of the trend of "smart locks" on display at the Consumer Electronics Show CES that ends here Friday.

"My keys were always scratching my phone, so I thought why not build them in," said Bestard-Ribas, founder and chief executive of San Francisco startup Goji.

His creation fuses mobile Internet technology with centuries old lock mechanics. A free Goji application installed in smartphones uses Bluetooth connectivity to let the lock know a person is near and, if it is a resident or someone given a "digital key," a personalized welcome message displays and the path is opened.

A camera built into the lock takes a picture of whoever is arriving. Images of visitors as well as alerts regarding entry are relayed to residents' smartphones through home wireless Internet connections. 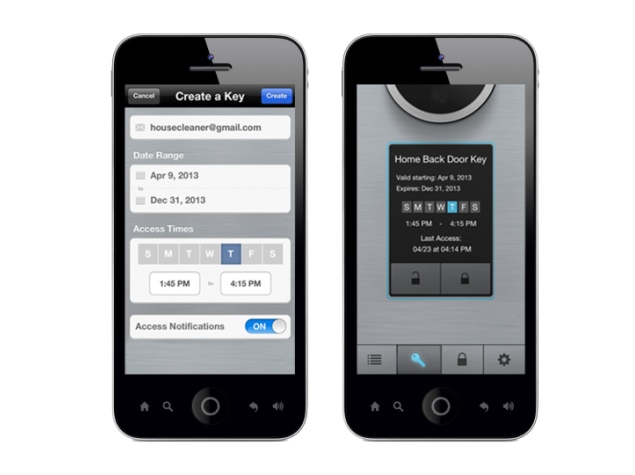 "It is about allowing you to feel confidence and control over your home access," Bestard-Ribas told AFP. "We have all lost keys or given them to someone who left our sight; we don't know if copies were made."

Temporary digital keys, restricting use to specified time periods, can be emailed to house cleaners, dog walkers, or others who may need to visit homes. The locks were available for order online at gojiaccess.com at a price of $299 each, and will begin shipping in March.

A Kwikset Kevo lock senses when a resident's smartphone is near and then opens when the person touches what appears to be an ordinary deadbolt in a door.

"As long as you have your phone in our pocket, or in your purse, you touch the deadbolt and in about a second it will lock or unlock," said Phil Dumas, president of UniKey, whose technology was built into Kevo.

"It can even tell what side of the door you are on, so you can be on the inside and a bad guy can touch the door and it won't unlock."

Kevo launched late last year at an array of US retailers with an application tailored for iPhones, and UniKey was waiting for a software update from Google to release one compatible with Android-powered handsets.

Schlage's touch-screen deadbolt let people unlock doors to their homes remotely using their smartphones, and featured built-in alarms that shriek if incorrect codes are entered too many times.

Each of the locks provided ways to offer limited access by granting people temporary keys or codes, and promised records of who entered and when delivered to smartphones.

"Your lock is linked to the Wi-Fi of your home, and your home automation system, so you could manage your home from anywhere in the world," Bestard-Ribas said. "This is a really life-changing event that is happening now-a-days."

For folks interested in seeing who is on their doorstep without having to change locks, there was SkyBell. 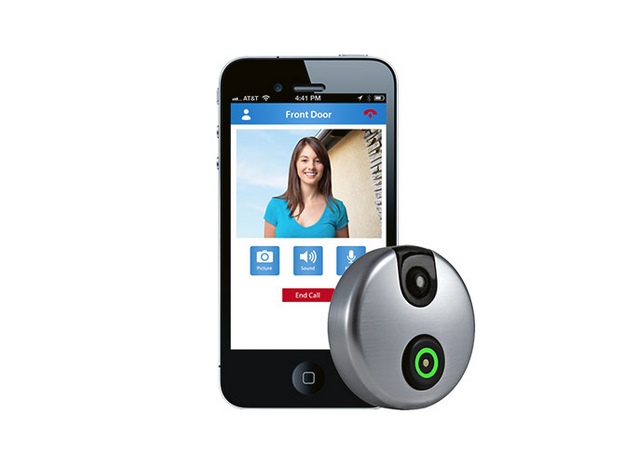 The Internet Age doorbell connects to the same wires as its simpler predecessors, but has a built in camera and synchs to Wi-Fi to stream real-time video of who is ringing to a resident's smartphone.

It also has motion sensing and night-vision, so it can transmit images even when visitors arrive in darkness, according to SkyBell's Kelly Stewart.

"You can see and hear and talk to them," Stewart said, of visitors both welcome and not. "If a robber is in front of your house the motion-sensor will alert you, or if your daughter tries to sneak in after her curfew."

SkyBell users have the option of capturing screen shots of visitors. SkyBell, launched by the California-based company at CES, is available in the United States at online merchant Amazon.com for $199.