Smartphones Are Changing the Way the US Votes: Survey 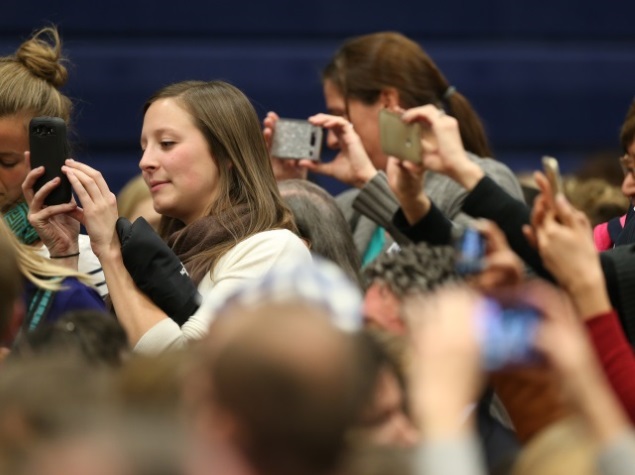 Smartphones and social media platforms like Facebook and Twitter are playing an increasingly prominent role in helping you decide who to vote for, according to a new survey by the Pew Research Center.

The proportion of US citizens who use their smartphones to track political news or campaign coverage has more than doubled (28 percent) in 2014 compared with the most recent mid-term election in 2010 (13 percent).

The US votes in mid-term elections Tuesday.

The number of Americans who follow candidates or other political figures on social media has also risen sharply: 16 percent of registered voters now do this, up from 6 percent just four years ago.

The report based on a national survey conducted Oct 15-20 among 2,003 adults (including 1,494 registered voters) showed that this growth in the use of smartphones and social media platforms is particularly pronounced among middle-aged voters in the age bracket of 30 to 49 years.

Some 40 percent of voters aged 30-49 have used their smartphones to follow this year's election campaign (up from 15 percent in 2010) and 21 percent followed political figures on social media (up from just 6 percent in 2010).

For their part, social media outlets are also rolling out measures to rope in more people in the political process.

On Tuesday, Facebook will place a banner at the top of US users' feeds reminding them that it is Election Day and urging them to share with friends if they have already voted, CNN reported.

Micro-blogging site Twitter is also not lagging behind. It has developed the #Election2014 dashboard, which lets users follow political tweets, connect with candidates and see what others are saying.