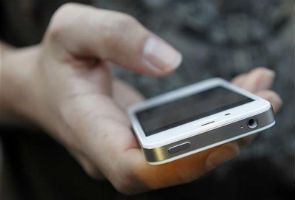 Sharp Corp has fallen behind schedule on production of screens for Apple Inc's latest iPhone just weeks before a planned major launch, a source told Reuters on Friday.

The Japanese display maker is struggling with high costs that have cut into its margins on the screens, raising the question of whether Apple might provide financial incentives to speed up production, the source said.

The source, who is familiar with Sharp's production operations, did not give an indication of how far behind the output had fallen. The source spoke on condition that he not be identified because of the sensitive nature of the disclosure.

Sharp President Takashi Okuda said on August 2 that his company would begin mass production and shipments from its Kameyama LCD plant in central Japan this month. The facility is widely known to make screens for Apple, but Sharp has declined to acknowledge that Apple is a customer.

Apple, which is also tapping other suppliers such as Japan Display and South Korea's LG Display Co for displays, is planning a major product launch on September 12. That has raised expectations the latest iPhone model will be in stores soon.

The new iPhone screens will be thinner than previous versions with the use of so-called in-cell panels. The new technology embeds touch sensors into the liquid crystal display, eliminating the touch-screen layer found in current iPhones.

Sharp's shares slid 13 percent on Friday to 198 yen as uncertainty swirled around talks with Hon Hai Precision Industry for the Taiwanese company to buy a 9.9 percent stake in its fellow Apple supplier.