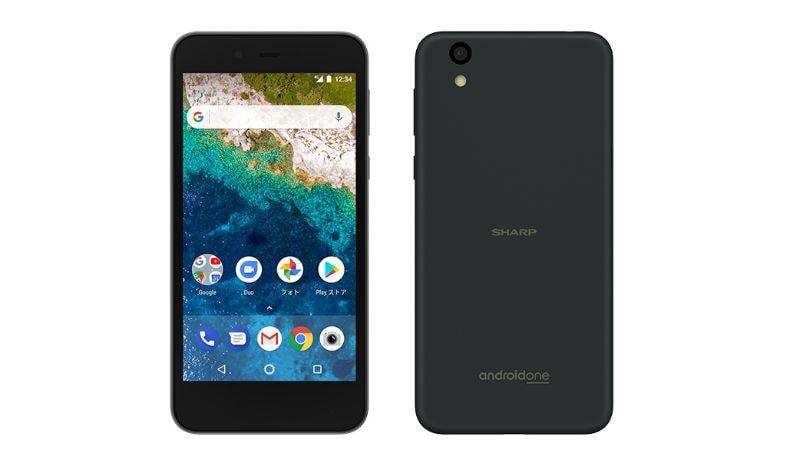 Japanese company Sharp has launched its latest Android One smartphone, the S3. Sharp has listed the smartphone on its Japan website and the handset is priced at JPY 32,400 (roughly Rs. 19,000). The Sharp S3 is now available to buy via Japanese carrier Y! Mobile. The Sharp S3 has been launched in four colour variants - Turquoise, Navy Black, White, and Pink. A key feature missing in the Sharp S3 is a fingerprint scanner.

The Sharp S3 features a 5-inch full-HD (1920x1080 pixels) IGZO display and is powered by Qualcomm octa-core Snapdragon 430 SoC coupled with 3GB of RAM and 32GB of inbuilt storage. The S3 runs Android 8.0 Oreo out-of-the-box. On the camera front, the phone sports a 13.1-megapixel rear camera. There's also a 5-megapixel front camera on board. Sharp promises vivid images with the S-Pure LED backlighting of the display.The handset comes with 32GB of internal storage, expandable via microSD card (up to 256GB).

In terms of connectivity, the Sharp S3 has support for 4G LTE and VoLTE with a promised talk time of 22 hours on LTE network and standby time of 605 hours. Other options include Wi-Fi 802.11 b/g/n, Bluetooth 4.2, GPS, and USB Type-C port for data transfer and charging. There's a 3.5mm headphone jack as well.

The phone packs a 2700mAh battery. It takes around 155 minutes to charge it fully. The Sharp S3 comes with IPX5, IPX8, and IP6 X certification for water, dust, and shock resistance. In terms of dimensions, the S3 measures 71x144x8.5mm and weighs 143 grams.

In 2016, Sharp had unveiled Aquos 507SH in Japan as the country's first Android One phone and was the first device that was made in collaboration with Google. Android One provide a quality stock Android experience in budget smartphones, whilst also certifying the handsets for an optimised Android experience.