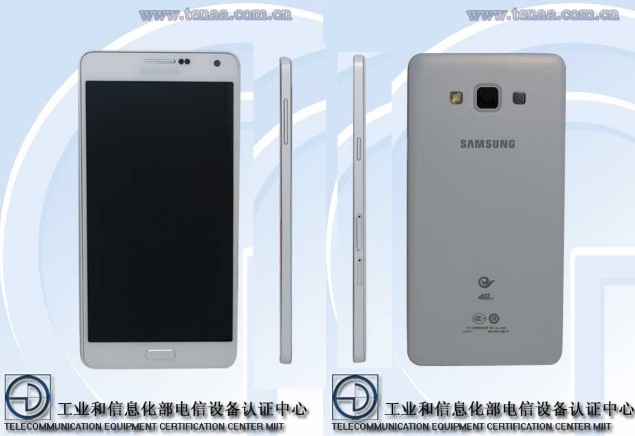 Samsung's various upcoming smartphones are making a buzz every now and then. The fresh rounds of leaks around the block are for Samsung's unannounced Galaxy A7 and Galaxy Grand 3. Both the smartphones have previously been in rumours on multiple occasions.

First up is the anticipated metal-clad Samsung Galaxy A7, which was reported to have recently visited Tenaa certification in China and was tipped at 6.3mm-thick to be the slimmest ever smartphone by Samsung. The Tenaa listing had revealed that SM-A7009 (expected Galaxy A7) includes a 5.5-inch full-HD (1080x1920 pixels) display; a 64-bit 1.5GHz octa-core Snapdragon 615 processor; 2GB of RAM; 16GB of built-in storage, and Android 4.4.4 KitKat.

Now, a new report by Sammobile details more purported specifications of the Galaxy A7. The report however stresses that this is all unofficial information that they have received from insider sources.

It notes that Samsung will sell a full-HD variant of the Galaxy A7 in all markets, and that there will also be an Exynos 5433 variant of the smartphone clocked at 1.8GHz for the high power Cortex-A57 cores, and at 1.3GHz for the Cortex-A53 cores. Notably, it's the same processor as seen on the octa-core variant of Samsung's flagship phablet, the Galaxy Note 4 (Review | Pictures).

The other reported specifications include a 13-megapixel rear camera with LED flash, a 5-megapixel front-facing camera; 2,600 mAh battery, 150x75x6.3mm dimensions, and 150 grams of weight.

Coming to the Samsung Galaxy Grand 3, the anticipated successor to Galaxy Grand 2 (Review | Pictures)), we learn it has been spotted in a Tenaa listing with the same model number as a previous leak. 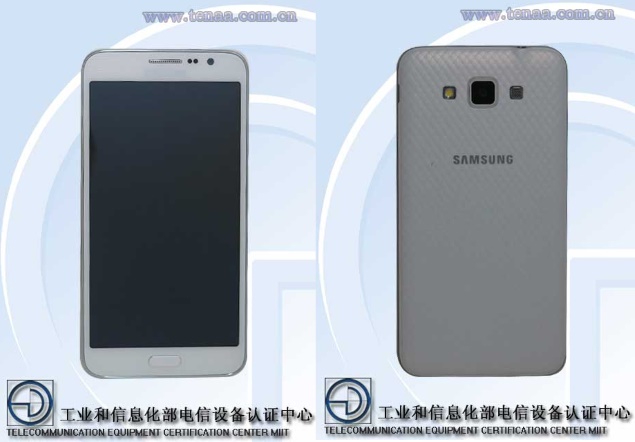 Listed as the Samsung SM-G7200, the anticipated Galaxy Grand 3 includes a 5.25-inch HD (720x1280 pixels) display, which is different from the GFXBenchs's listed 5.5-inch display in November, though the benchmark results image had shown the same SM-G7200 model number for the device.

The rest of the specifications of the anticipated Galaxy Grand 3 (SM-G7200) are same as the GFXBench listing, which includes a 64-bit 1.2GHz Qualcomm Snapdragon 410 chipset; 1.5GB of RAM; 13-megapixel rear camera; 5-megapixel front camera; 16GB of internal storage expandable via microSD card (up to 128GB), and Android 4.4.4 KitKat. The smartphone dimensions are listed as 146x74.8x7.95 mm, and weight at 140 grams.
Comments