Samsung Wireless Charger Trio is expected to be priced at EUR 99 (roughly Rs. 7,642). 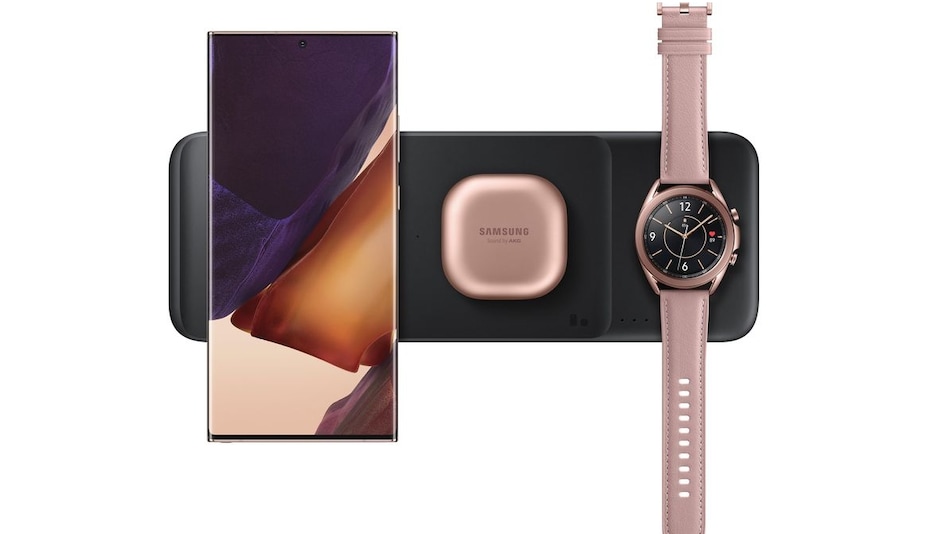 Samsung has launched the Wireless Charger Trio that will be able to charge three devices at the same time. The company launched the product at the Life Unstoppable virtual event yesterday but has not revealed any information regarding the full specifications or availability details. Samsung said that the Wireless Charger Trio is a brand-new wireless charging solution that had been designed to charge compatible devices all at once, offering everyday convenience and ease.

The Wireless Charging Trio will help people keep up with their demanding lifestyles, Samsung said in a statement. The South Korean tech giant said that this year, as consumers were trying to stay more connected with the outside world, their relationship with technology had become even more integral. Considering this, Samsung said it was releasing products that seamlessly connect with each other in order to offer the most intelligent experience.

As per a report by Sammobile, the Wireless Charger Trio could be priced at EUR 99 (roughly Rs. 7,642).

Since Samsung supports the Qi wireless charging standard, the Wireless Charging Trio will be able to charge any device that also supports the Qi standard, i.e., the charger won't be limited to just Samsung products.