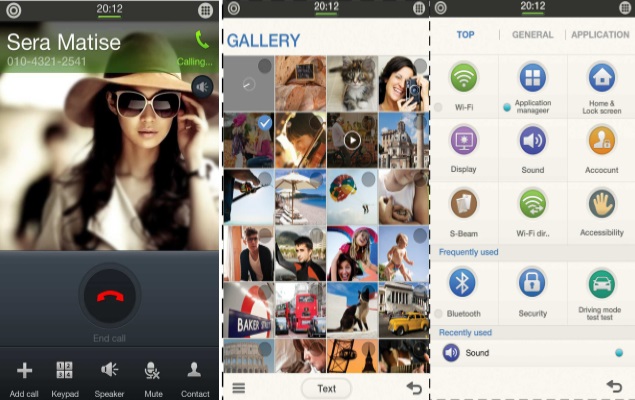 The much-anticipated first Tizen smartphone from Samsung might see the light of day at MWC 2014, if a new report is to be believed.

IT News has claimed that it received an invite from Samsung and Intel, which also backs the Tizen program, about an event scheduled in February. The site quotes the invite, "an exclusive sneak preview of the newest Tizen devices." Unfortunately, the invite does not reveal any details about the devices to be announced at the event.

The report cites Geoff Blaber, vice president research at CCS Insight, who suggests that Samsung has to show commercial devices at the Mobile World Congress (MWC) 2014.

In November, Samsung's alleged GT-I8800 Redwood Tizen smartphone was spotted in benchmarks. The latest version of Tizen (version 3.0), the Linux-based open source operating system which is backed by Intel and Samsung, was also released at the Tizen developer Summit in November.

Among major changes, under the hood, it looked like Tizen 3.0 would support 64-bit processors including Intel x86 architecture and ARM chips, in addition to improved performance, and support for more RAM. Samsung also announced that the NFC and Wi-Fi enabled mirrorless camera, the NX300M, as the first Tizen-based device.

In addition, Sammobile has leaked a batch of screenshots of the yet-to-be-announced Tizen UI, which was revealed by the Korea Intellectual Property Rights Information Service database. The leaked screenshots reveal a number of preloaded apps such as contacts, calendar, dialler, messenger and even shows the notification toggle bar.

Notably, the apps and the entire UI seem quite similar to Android and even Samsung's TouchWiz UI. The site also notes that the alleged Tizen UI screenshots include some apps that come preloaded on Samsung's Galaxy smartphones powered by Android which include a Driving Mode and the S Beam.