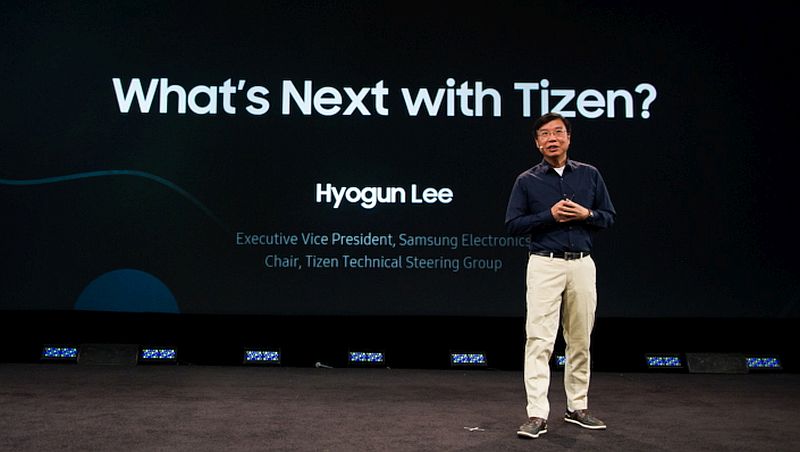 Samsung at its Tizen Developer Conference (TDC) 2017 in San Francisco announced Tizen 4.0, which is set to expand the platform beyond smartphones and televisions to Internet of Things (IoT) applications. Apart from announcing Tizen 4.0, Samsung also showed off new products for the platform including ARTIK 053 Module, a lightweight IoT chipset, and Samsung Z4 Tizen smartphone.

The South Korean consumer electronics giant says that key changes in Tizen 4.0 are optimisations made on the platform for IoT developers to develop products besides smartphones and televisions, such as thermostats, scales, bulbs, and more.

Talking about the Indian market at TDC 2017, Samsung claimed that Tizen powered smartphones have been doing well in the country. The company also revealed plans to launch Tizen smartphones to more countries. Shara Tibken of CNET in a tweet quoted the company where it said Tizen phones "will be available to all countries in the world eventually."

For developers, Samsung revealed that it collaborated with Microsoft to enable developers to work on the Microsoft .NET and Xamarin UI framework. The company also named some partners with which it plans to expand Tizen to more platforms including Broadlink in China; smart home device manufacturer Commax in Korea; and the location based service provider Glympse in the US.

"Since launching, Tizen has become the OS for nearly all of Samsung's products, and with its record of sales growth, proven itself as the most successful Linux-based embedded OS in the world. Among open collaborations, and as we enter the IoT era, we expect Tizen will open new opportunities for the future of IoT," said Hyogun Lee, Executive Vice President of the Visual Display Business at Samsung Electronics and Chair of the Tizen Technical Steering Group.

The Witcher Series Will Be Adapted on Netflix