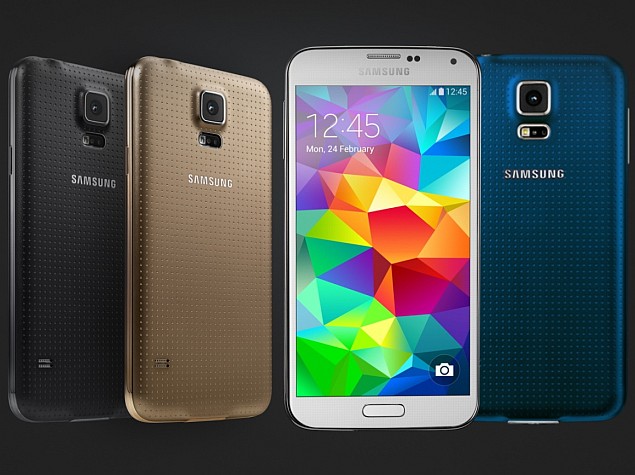 Research firm Canalys released a report earlier this week that said India's Micromax had overtaken Samsung in terms of smartphone sales in Q4 2014. This prompted Samsung to issue a release citing another survey indicating it was still in the lead. Now, another research firm has released its own report that supports Samsung's claims.

Counterpoint Research has released its Q4 2014 report on the Indian smartphone market. Contradicting Canalys' findings, Counterpoint reports that Samsung retains the smartphone crown in India in terms of shipments, with a comfortable lead over Micromax.

As per Counterpoint's report, Samsung shipped 27.4 percent of smartphones in the country in Q4 2014, while Micromax shipped 19.5 percent. A surprise entrant to the top five was Intex, which claimed the third spot with a 6.5 percent share, followed by Lava at 5.1 percent, and Lenovo (including Motorola) at 4.7 percent, the agency said.

The remaining 36.8 percent of the smartphones were shipped by other manufacturers, including Karbonn, Xiaomi, Sony, and others. Counterpoint found that Micromax's shipments grew 75 percent year-on-year, but declined from Q3 2014.

Counterpoint also noted that Intex entered the top five smartphone vendor rankings for the first time in the quarter, and said the firm enjoyed a strong demand in sub-$100 (Rs. 6,000) smartphone segment especially for its Aqua 3G and Y Pro models.

Xiaomi, missing from the top five smartphone vendor list in Q4, saw its shipments grow almost 250 percent quarter-on-quarter. Counterpoint added that the two online-only brands, Xiaomi and Motorola, crossed the 1 million and 3 million mark in terms of cumulative shipments since their respective entry into the Indian market, matching the claims by the two companies.

Counterpoint added that Apple's iPhone shipments in India touched half a million units for the first time in a quarter, based on the strong demand for the iPhone 6 and iPhone 6 Plus.

As for overall mobile phone (including feature phones) shipments, Samsung once again was on top in Q4, with the South Korean giant shipping 16.1 percent of the phones in the country in that period. Micromax followed at 14.4 percent, ahead of Microsoft (with its Nokia brand) at 11 percent, Lava at 7.4 percent, and Intex at 6.7 percent. Other manufacturers made up the remaining 44 percent.

Finally, detailing the overall growth of the Indian mobile phone market, Counterpoint said it grew 6 percent year-on-year, but declined since the last quarter on account of a mixed seasonality during Q4. Smartphone shipments stood close to 22 million in Q4 2014, taking the 2014 total close to 80 million units for the first time, and contributing close to 32 percent of the global smartphone shipments in the year.

Tarun Pathak, Senior Analyst at Counterpoint Research, said of the trend of the growth of domestic handset manufacturers in India, Bangladesh, and Indonesia, "While the vendors looking to expand their smartphone strategy beyond China, it is interesting to note that domestic brands occupy strong position in these three markets by capturing a share of 62 percent, 52 percent and 50 percent in Bangladesh, India and Indonesia respectively. In such a scenario a new vendor entering these geographies must play on the strength of regional brands which primarily is their distribution reach and price competitiveness."
Comments