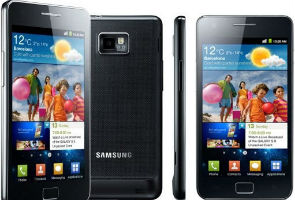 Highlights
Korean manufacturer Samsung has started rolling out much awaited Android 4.0 "Ice Cream Sandwich" update for its flagship Android phone Samsung Galaxy S II today. Update release is currently limited to Poland, Hungary, Sweden and Korea, but it will be gradually made available in other countries as well, company posted on its official blog.

The Android 4.0 update brings a whole new look and feel to Android. It features a redesigned user interface, improved multi-tasking, notifications and better web-browsing experience. Ice Cream Sandwich also includes a new People app, which is an upgrade from the traditional Contacts app on the Android devices, it lets users browse pictures, messages and social network updates from friends, and family.

Consumers will be able to upgrade their Galaxy S II smartphones to the latest software using the Samsung Kies app, which is available on company's support website.

Samsung has also announced that Galaxy Note, Galaxy SII LTE, Galaxy Tab 8.9 and 10.1 will be next in line to get the Android 4.0 update.
Comments