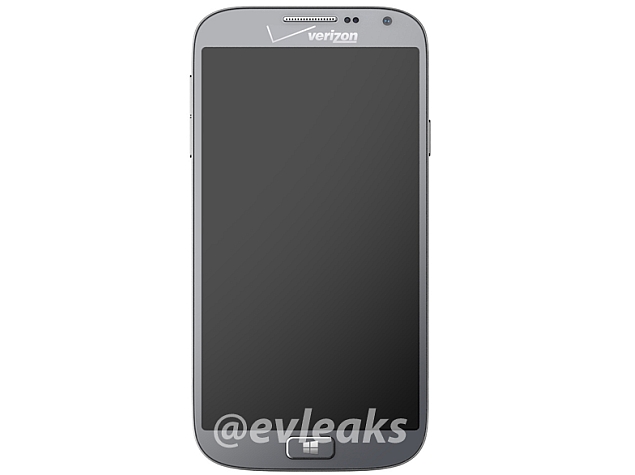 What seems to be a new Windows Phone-based Samsung device is doing the rounds of the internet, with multiple leaks showing the device in images and specifications.

The famous smartphone and tablet tipster, @evleaks, tweeted "Samsung SM-W750V will be a Windows Phone on Verizon. Codenamed Huron, it looks very similar to a late model Galaxy S."

The tipster also revealed the image of the Samsung handset (seen above) in its next Twitter post, which states that the handset will feature the latest Windows Phone 8.1 OS.

The system section for the yet-to-be-announced Samsung's Huron handset clearly mentions Windows Phone 8 as the OS platform, along with some other internal specifications. The smartphone is understood to arrive with an ARM-based quad-core CPU architecture with a Qualcomm Adreno 305 GPU. The screen resolution of the device is known to be a HD (720 x 1280 pixels) display.

Surprisingly, besides the HD display information shown in the GFX Benchmarks, it has been noted that Samsung Huron will come with a 4.3-inch full HD display, as per WmPowerUser.

Since the handset is supposedly headed to Verizon, it is expected to launch in the US region at first, and then followed by other countries. However since Samsung has not revealed any information on its "Huron" handset, one would have to wait till the smartphone gets officially released.

Back in mid-January, a Samsung device dubbed SM-W750V was spotted in a Bluetooth Special Interest Group (SIG) listing, and also on the UA profile, which has been accessible at company's mobile official site.

Microsoft was recently embroiled in a 'co-marketing' controversy where media reports alleged the Redmond giant was paying Samsung, Sony, Huawei and other manufacturers to make Windows Phone devices.

Microsoft in January had responded to the reports alleging the Redmond giant offered large incentives (a reported total of $2.6 billion) to popular OEMs like Samsung, Sony, Huawei and others to make a Windows Phone device in 2014. Microsoft's communications lead, Frank X. Shaw confirmed on Twitter that the company does do "co-marketing" with its partners, but did not name any companies, or amounts paid out to promote products.

Instead, Shaw rubbished the reported size of the incentives as 'complete fiction'. The tweet said, "reality check. Do we do co-marketing with partners? You bet! But these numbers are complete fiction!"