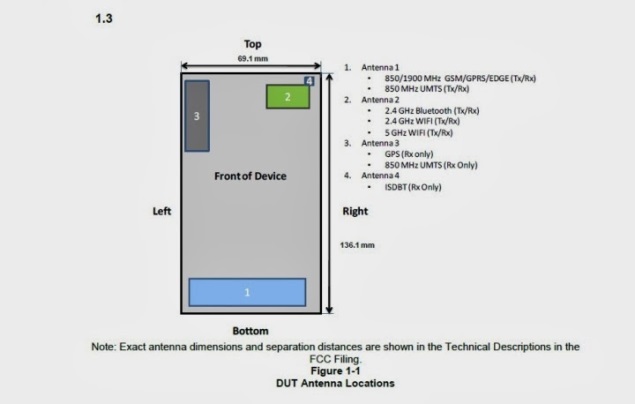 Samsung has been making headlines with rumours of its first Tizen smartphone for a while. Now, a Samsung Tizen smartphone with model number SC-03F has been spotted on a FCC listing, and is believed to be bound for Japanese carrier, NTT DoCoMo.

According to Tizen Indonesia, who first spotted the FCC (Federal Communications Commission) listing of the alleged Samsung SC-03F, the device comes with similar design to the company's 2013 Android flagship, the Samsung Galaxy S4. However, it suggests that the alleged Samsung SC-03F has a sleeker profile, compared to the Galaxy S4. The site also reveals that the rumoured Samsung SC-03F is powered by a Qualcomm MSM8974 Snapdragon chipset clocked at 2.3GHz. Notably, the same chipset powers the Galaxy S4, Galaxy Note 3 and recently unveiled Galaxy J.

The radio frequency bands allegedly supported by the spotted Samsung SC-03F model include 850/1900MHz GSM, WCDMA 850, while connectivity options include Wi-Fi and Bluetooth 4.0 (Low Energy). As of now, not many details about the innards of the device have been revealed.

In addition, Sammobile claims that the Japanese carrier, NTT DoCoMo will be the first mobile carrier to sell a Tizen smartphone and also reveals that Samsung might unveil the yet-to-be-named Tizen smartphone at an event on February 23.

An earlier report suggested that Samsung would showcase its commercial devices based on Tizen OS at the Mobile World Congress (MWC) 2014.

In November, Samsung's yet-to-be-announced GT-I8800 Redwood Tizen smartphone was spotted in benchmarks. The latest version of Tizen (version 3.0), the Linux-based open source operating system which is backed by Intel and Samsung, was also released at the Tizen developer Summit in November.