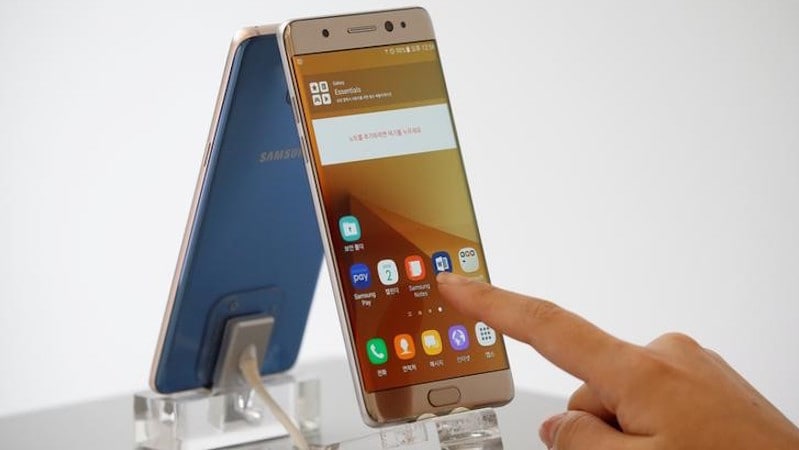 Samsung on September 2 initiated a voluntary global recall of at least 2.5 million Galaxy Note 7 smartphones due to faulty batteries causing some of the flagship devices to catch fire, a deeply embarrassing crisis for a firm that prides itself for its quality control. The recall could cost the company billions of dollars and tarnish its brand image, analysts say.

The South Korean firm has said the Galaxy Note 7 phones that were sold starting on the official September 1 launch date use a different battery than the recalled devices. But a string of reports by users in China, the world's top smartphone market, that their Galaxy Note 7s caught fire have dogged Samsung in a country where they have already fallen out of the top five in terms of market share.

Samsung, in a statement issued on its China website, apologised to its consumers for failing to providing a detailed explanation why the smartphones on sale in China were safe, as they used batteries that came from a different supplier to those that could overheat.

"Currently, the brand new Galaxy Note 7 products that have been swapped in overseas markets are using identical batteries to those that were supplied and used for the Chinese version," Samsung said.

Samsung said it takes reports of Galaxy Note 7 fires in China very seriously and has conducted inspections on such devices. Batteries for the burnt phones were not at fault, Samsung said, adding its conclusion was also backed up by independent third-party testing.