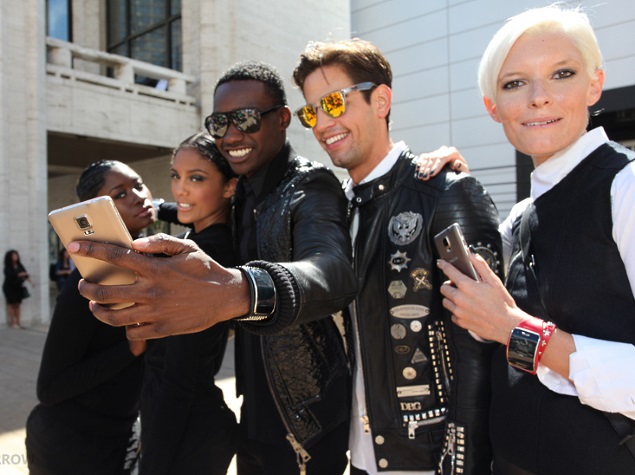 Samsung, soon after the first leaked details of the camera fitted on the Galaxy S6 surfaced, has teased the camera on its upcoming 2015 flagship model.

Samsung's DongHoon Jang, Senior Vice President and Head of Camera R&D Group, in a blog post on Wednesday talked about how the company has been working on the cameras used on the Galaxy series devices and has primarily focused on the advancements seen on the flagship models - starting from the Galaxy S to Galaxy S5.

While talking about the camera on Galaxy smartphones, Jang vaguely talked about the Galaxy S6 camera and said, "We meticulously evaluate every single facet of our smartphone cameras by taking over 10,000 photos in every imaginable lighting environment for analysis. The same passion and dedication has been put into building the cameras for the release of our 2015 flagship model."

Further, teasing the camera on the upcoming flagship model, he said, "It will be intelligent and do all the thinking for users, allowing them to take amazing pictures under any conditions, without having to worry about anything more than just pressing the shutter button. It will demonstrate just how far Samsung has advanced smartphone cameras, and once again will open the creative side of our users for new ideas and new possibilities."

The blog even talked about the first camera that was fitted on a Samsung phone. "Fifteen years have passed since we introduced the cellphone with an integrated camera. In the year 2000, Samsung set an industry standard by integrating the first ever, a 0.3-megapixel camera, into our SCH-V200 model," Jang said.

In a chart, the blog shows the camera progress over the years on flagship Galaxy smartphones including the Galaxy S, Galaxy S II, Galaxy S III, Galaxy S4, and Galaxy S5.

Boasting about the camera on the Galaxy S5 Jang said, "In 2014, we achieved the successful integration of a 16-megapixel camera with our Galaxy S5, which allowed it to capture the finest detail and color of any other smartphone camera on the market at the time. This brought us one step further to finally eliminating the gap between digital cameras and our smartphone cameras for good."

Jang also focused on the importance of front-facing camera and noted that it is "now considered as an essential feature."

A recent report suggested some details about the camera on a Galaxy S6 prototype. The report said the prototype included a 20-megapixel camera sensor with OIS (optical image stabilisation) and a 5-megapixel front-facing camera. Reportedly, both the cameras would include sensors from Samsung.

Samsung is expected to launch the Samsung Galaxy S6 flagship and the anticipated curved-display variant, rumoured to be called Galaxy S6 Edge at the Galaxy Unpacked 2015 event scheduled for March 1.