Samsung said to be seeking to make its second bendable gadget more affordable and thinner than this year's Galaxy Fold. 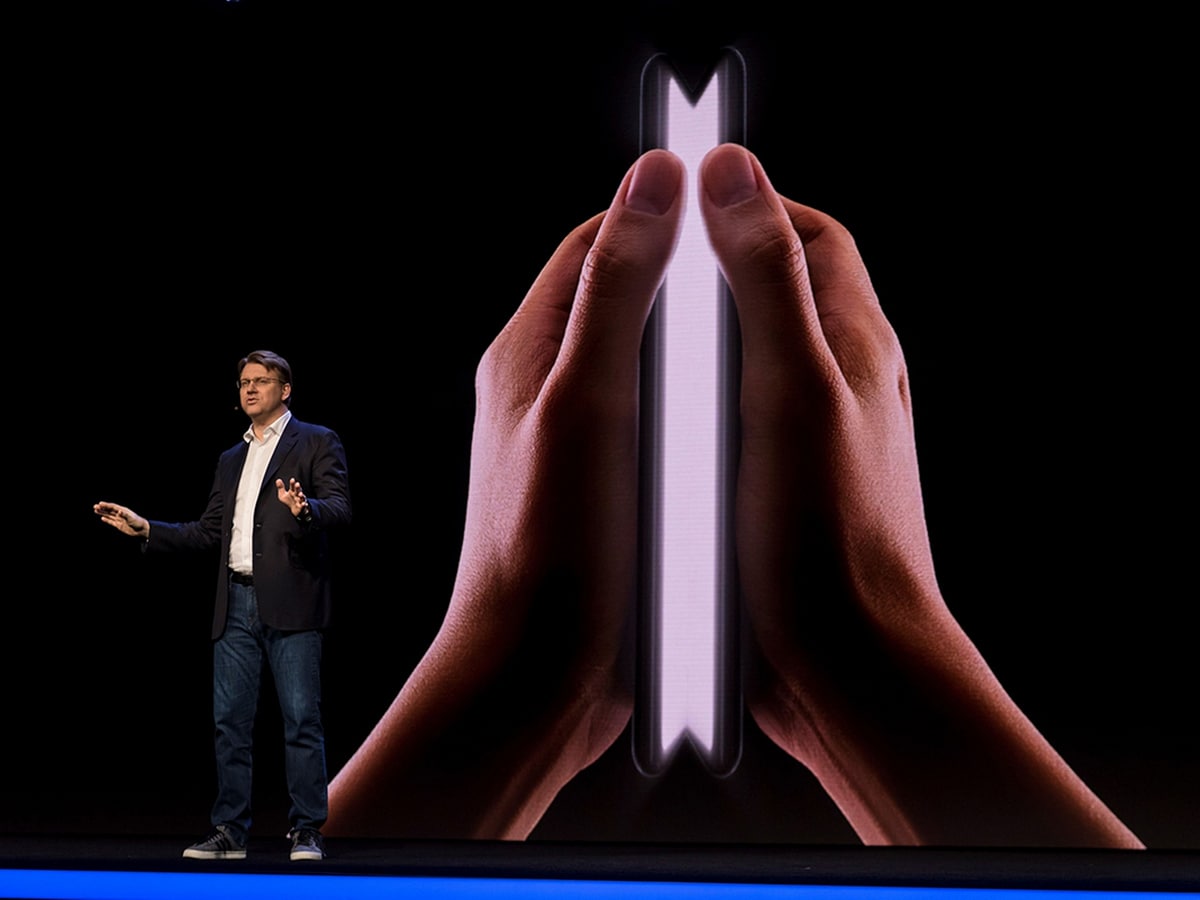 Samsung Electronics is preparing to unveil its second foldable device early next year, a luxury phone that folds down into a compact-sized square.

The South Korean smartphone giant is working on a device with a 6.7-inch inner display that shrinks to a pocketable square when it's folded inward like a clamshell, according to people familiar with the product's development. Samsung is seeking to make its second bendable gadget more affordable and thinner than this year's Galaxy Fold, they said. The launch of the successor device may, however, hinge on how well the Fold performs after its imminent launch, one of the people said.

Samsung is collaborating with American designer Thom Browne on its upcoming foldable phone, endeavouring to appeal to a broader range of consumers that includes those more interested in fashion, status and luxury than a device's tech specs. For the techies, it will sport cutting-edge display technology and the nostalgic appeal of rejuvenating the flip-phone.

The company declined to comment on the development of unannounced products.

The new foldable phone will have a hole-punch selfie camera at the top of the inner display, just as on the recently released Samsung Galaxy Note 10, according to one person familiar with the device. On the outside, it will have two cameras that face the rear when the phone is open or the front when it's flipped closed.

"I'm intrigued to see if a manufacturer can deliver a clamshell design that takes the current smartphone footprint and lets you fold in half like a wallet in a similar manner to mobile phones of yesterday such as the iconic Motorola Razr," said Ben Wood, an analyst with CCS Insight. "That's what the world is probably waiting for."

Foldable devices have had a difficult beginning, as Huawei Technologies has had to delay its Mate X, Royole has left reviewers unimpressed with its FlexPai, and Samsung had an embarrassing design defect that forced it to push back the Galaxy Fold's release. All of these companies -- along with rivals Xiaomi and Oppo, who've released teasers so far - are seeking to be first to crack open what promises to be the next high-growth consumer electronics segment. The promise of the foldables category is to combine the utility of large-screen portable computers with the ease of smaller phones.

Without expanding to new markets or product categories, Samsung's flagship phone sales have recently been slumping, and the company is looking for foldables to be its next big growth engine. Fierce competition from Huawei has eroded Samsung's longstanding lead as the world's biggest seller of phones, and the latter was threatening to surpass Samsung until US-China trade clash knocked it off course.

Bearing the codename "Winner," the Galaxy Fold was supposed to be the symbol of Samsung's innovative edge and leadership this year. However, the first mass-produced foldable captured smartphone fans' attention for the wrong reasons, as reviewers quickly found the flexible display couldn't withstand even a few days of conventional use. Pushing back the original April launch to this month, Samsung now promises that its redesigned Galaxy Fold - with a new protective film that wraps around the screen and flows into the bezels - is ready to go.

One key advantage that next year's 6.7-inch foldable will have over the Fold is that its shape when open will be basically that of a smartphone: so it will run Android phone apps in their native state. The Galaxy Fold opens to a squarer aspect ratio and larger screen, and so it demands that apps be customised or adapted to best make use of its full dimensions.

Samsung is testing the use of Ultra Thin Glass (UTG) for the inner display of its next foldable, which would measure in at only 3 percent the thickness of the glass conventionally used to protect smartphone displays. At the same time, the company will want to ensure the durability of its foldable devices and avoid any repeat of the Galaxy Fold debacle.

"I've consistently held the view that so-called 'foldables' are currently a solution looking for a problem," Wood said. "But I do believe that in the long term flexible displays will be a catalyst for a whole new chapter in device diversity."