Samsung Galaxy S21 FE official covers suggest it will not feature the dual-tone design on the camera module and rear panel from the Galaxy S21 series. 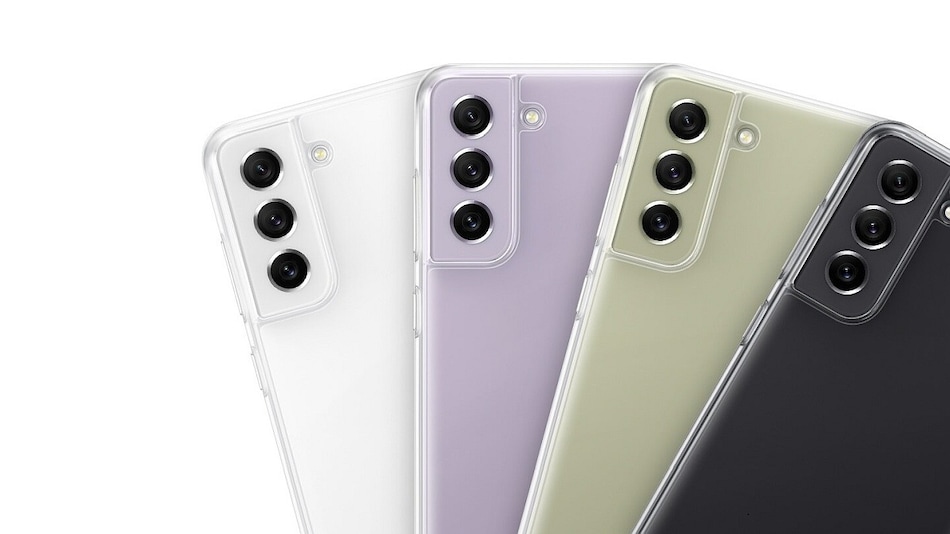 Expected to launch earlier this year at Samsung's Galaxy Unpacked Event, the Galaxy S21 FE is now tipped to arrive at CES 2022 in January. The handset's specifications have been leaked over the past few months from the processor and camera setup to the smartphone's colour options. While unofficial renders have also surfaced, Samsung has now revealed the smartphone on more than one of its websites.

The upcoming Samsung Galaxy S21 smartphone's dedicated support page went live briefly on the Samsung UAE website, as spotted by Gizmochina, showing a thumbnail of the handset. The company has since taken down the listing, but Gadgets 360 was able to confirm the listing via an archived version of the webpage. In addition to the smartphone's official listing, the company has also listed Galaxy S21 FE covers showing the smartphone in Premium Clear, Silicone, and Clear Standing Rugged covers on its Colombian website.

According to an older report, Samsung Galaxy S21 FE could be launched in India in January, alongside the global launch of the smartphone. Samsung is yet to make an official announcement regarding Galaxy S21 FE specifications, but the handset is tipped to feature the Snapdragon 888 SoC or the Exynos 2100 SoC, and the latter could feature on the Indian variant of the smartphone.

Samsung Galaxy S21 FE could sport a triple rear camera setup, featuring a 64-megapixel primary sensor, a 12-megapixel ultra-wide camera, and a 2-megapixel depth sensor. It could also feature a 32-megapixel selfie camera in a punch-hole on the 120Hz 6.4-inch full-HD+ (1,080x2,340 pixels) AMOLED display. The handset could be launched with up to 12GB of RAM and 256GB of storage, according to previous reports.

Are the Galaxy Z Fold 3 and Z Flip 3 still made for enthusiasts — or are they good enough for everyone? We discussed this on Orbital, the Gadgets 360 podcast. Orbital is available on Apple Podcasts, Google Podcasts, Spotify, Amazon Music and wherever you get your podcasts.
Affiliate links may be automatically generated - see our ethics statement for details.
Advertisement

WhatsApp Starts Rolling Out Waveforms for Voice Messages to Select Beta Testers on Android, iOS
Pizza Celebrated With a Google Doodle Mini-Game: Here's How to Play