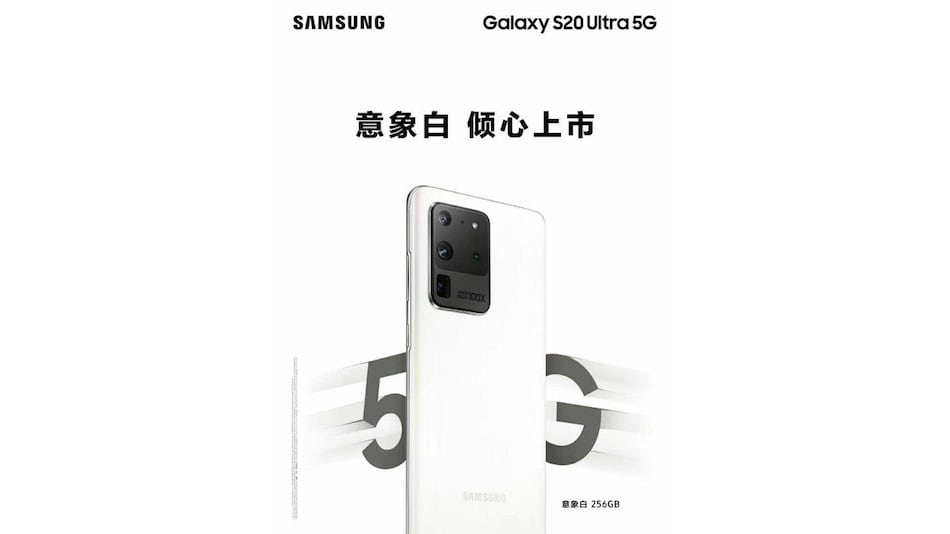 While the Galaxy S20 Ultra gets a fresh paintjob, the rest of the internals remain the same. It is powered by the Samsung Exynos 990 SoC and includes 12GB of RAM and 128GB or 256GB of storage. It is worth noting that the white colour variant will have 12GB RAM and 256GB of storage only. This storage capacity is expandable up to 1TB. The Galaxy S20 Ultra packs a quad-camera setup with a 108-megapixel primary camera, 12-megapixel ultra-wide-angle-camera, 48-megapixel telephoto camera and a depth vision camera.

Samsung ships the Galaxy S20 Ultra with One UI 2.1, based on Android 10. It has a big 6.9-inch QHD+ display with a hole-punch cutout that houses a 40-megapixel selfie camera. This big phone has a massive 5,000mAh battery and ships with a 45W charger in the box.