Samsung Galaxy S20 series is set to be launched during the company’s Unpacked event next month. 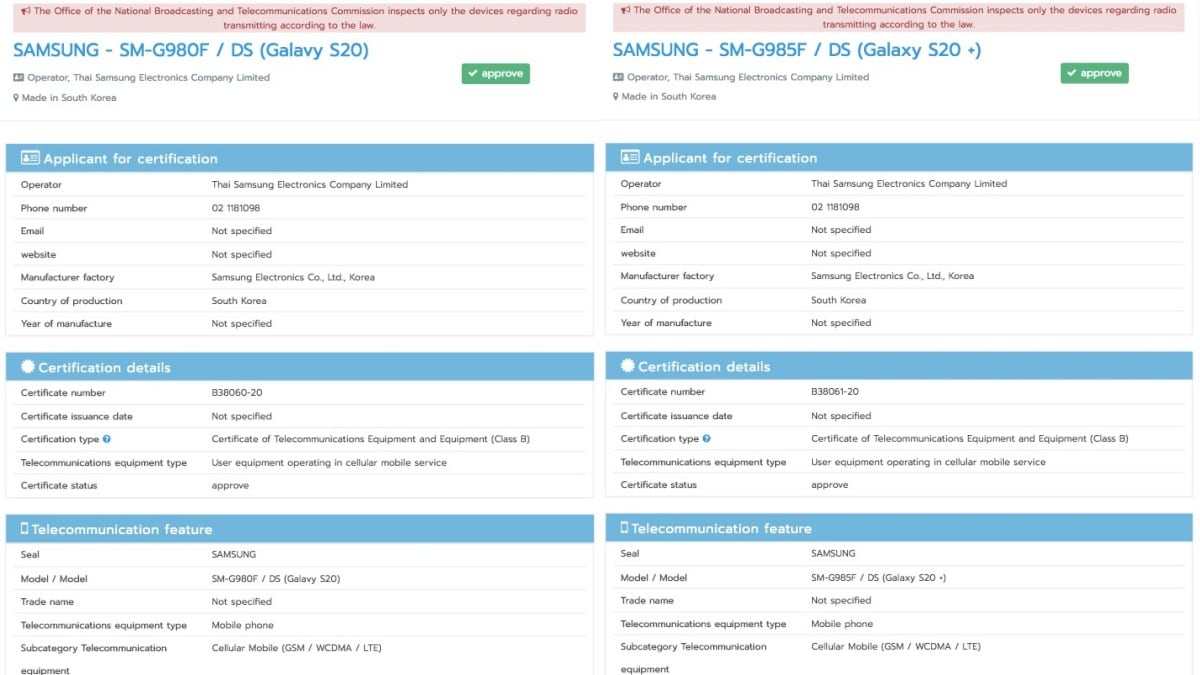 According to a report by IndiaShopps, which first spotted the alleged Galaxy S20 series listings, Thailand's National Broadcasting and Telecommunications Commission (NBTC) has certified Samsung's SM-G980F/DS and SM-G985F/DS phones. These phones carry the Galaxy S20 and Galaxy S20+ monikers as clearly mentioned in NBTC database and seen in the screenshots above. We could ignore the 'Galavy' spelling in the screenshot as it is clearly a typo.

To recall, Samsung is hosting its Galaxy Unpacked event on February 11 in San Francisco where it will unveil its next set of flagship smartphones. Galaxy S20 series may also be joined by the company's rumoured Galaxy Z Flip foldable phone but we are yet to get any official information regarding that.

Rumours and leaks indicate Samsung Galaxy S20 series phones will come with hole-punch display design, in-display fingerprint sensors, and Android 10 with OneUI 2.0. The phones are also set to come with Exynos 990 SoC, up to 512GB of onboard storage, and up to 12GB of RAM (depending on the phone).