Samsung has begun rolling out a new update for the Galaxy S10 Lite in India that upgrades the Android security patch and adds new camera features such as 4K video recording at 60fps, Super Steady mode at 4K resolution, improvements to picture quality and other general stability and bug fixes. The update is now rolling out over-the-air and we have also received it on our review unit. The update is about 416.22MB in size.

The software update, as reported by Tizenhelp, updates the existing January 2020 security patch to February. The new camera features are mainly targeted at the rear, primary camera. After the update, you'll now be able to record at 4K (3,840x2,160 pixels) resolution and 60fps. The current Super Steady shooting mode was limited to shooting at 1080p resolution with the wide-angle camera but after the update, you'll be able to record up to 4K resolution. Samsung says it's also improved the quality of pictures and the stability of the camera app. 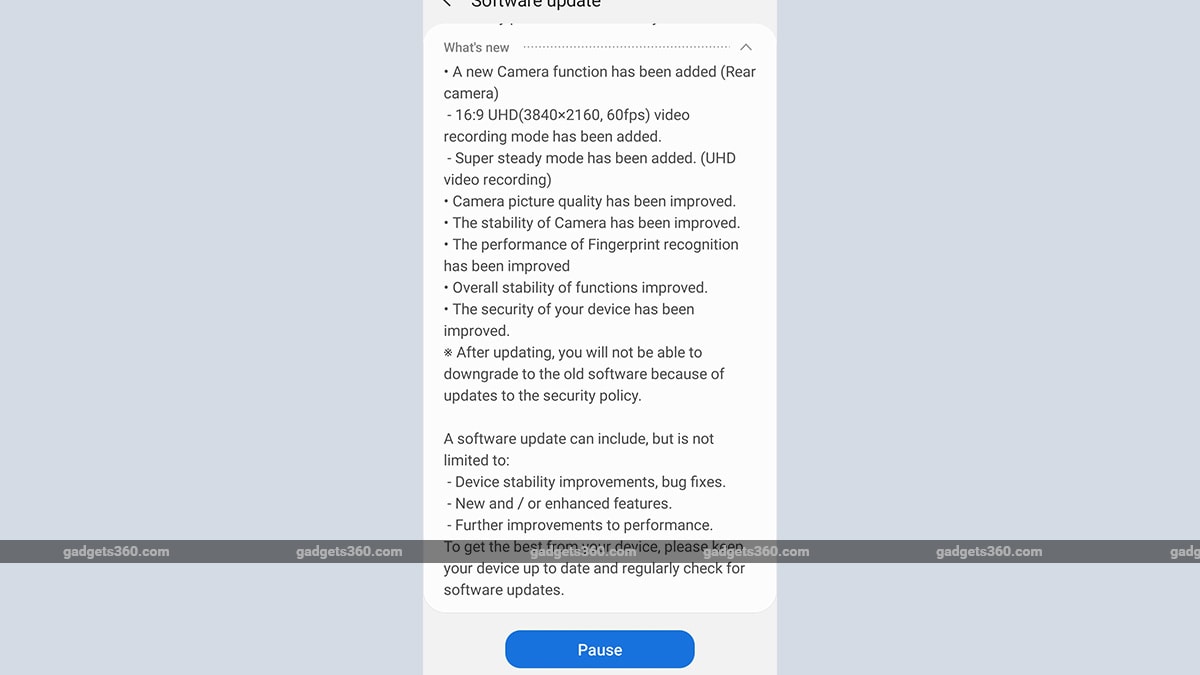 The new update brings a host of improvements to the camera

Besides the camera, the new update is said to add improvements to the fingerprint recognition and bring overall stability of other functions.

Half-Life: Alyx Gets 3 New Gameplay Videos From Valve Ahead of Launch
Uber's Global Engineering Team to Be Led by Bengaluru-Based Vidhya Duthaluru