Samsung Pay India Launch Set for Today: All You Need to Know 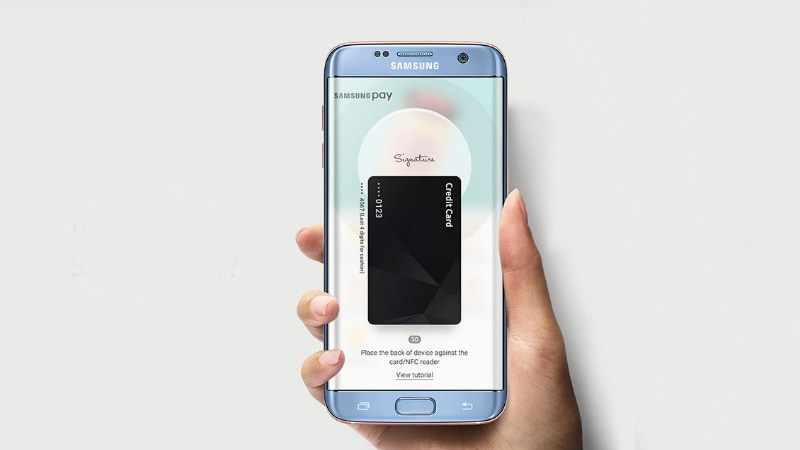 After launching the Samsung Pay Early Access programme in India earlier this month, the South Korean company plans to launch its mobile payments service officially today. Samsung is holding an event where, it says, it will be "ready with the next revolution". The company has already made its mobile payments platform Samsung Pay open for Early Access registrations, but presumably more details on commercial availability will be unveiled today.

The invite states that the "latest innovation" is "simple, secure, and almost everywhere, stressing on the safety and widespread of Samsung Pay. On its website, Samsung notes that Samsung Pay supports both NFC and MST (Magnetic Secure Transmission) allowing a user to send a magnetic signal from the smartphone to the payment terminal's card reader.

In Early Access, Samsung has tied up with a few banks like Axis Bank, HDFC Bank, ICICI Bank, SBI, and Standard Chartered. All cards are supported of these banks, with the exception of SBI, for which only credit cards are supported for now. Samsung will add support for more banks eventually, with American Express and Citi Bank next in line. You can also pay via Samsung pay using the Paytm wallet.

How to use Samsung Pay

Samsung Pay can be used at any store with a POS machine, card reader, or a NFC reader. For making a payment, the user simply has to open the Samsung Pay app on his compatible phone, select the card, authenticate via fingerprint or PIN, and then place it near one of the machines to complete the transaction. In case prompted for a PIN, users may be required to input 4-digit card PIN. Check all the guidelines needed to get started with Samsung Pay here.

After demonetisation, the peak in usage of mobile wallets like Paytm and MobiKwik has understandably caught Samsung's interest, and it therefore decided to launch its own mobile payment service in India. The recent push for digital payments in the country could have been a deciding factor for Samsung, and it could only be a matter of time before Apple decides to bring its own Apple Pay service to India as well.

Airtel, Ookla React to Reliance Jio's Allegations of Misleading Claims
Inside Amazon's Battle to Break Into the $800 Billion Grocery Market