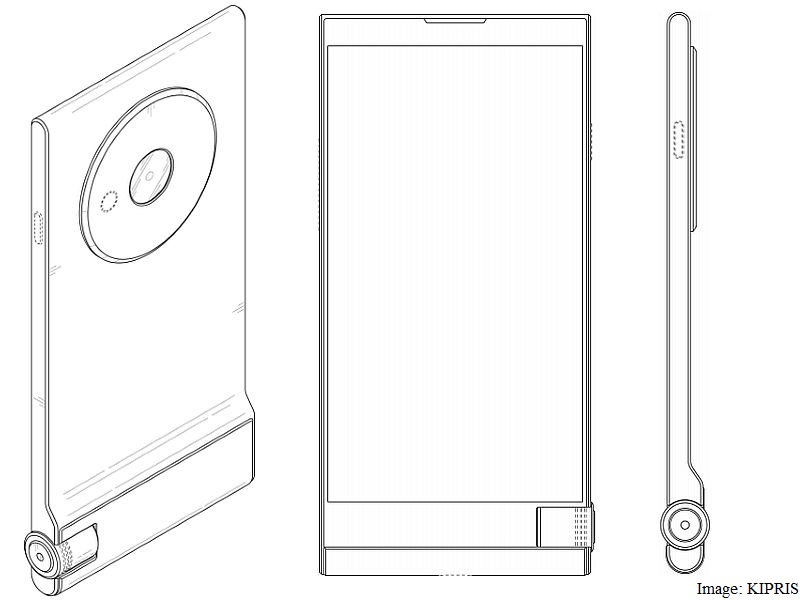 Samsung's new patents based on phones with optical zoom module, dual xenon flash, and more have been spotted at the KIPRIS, the Korea Intellectual Property Rights Information Service website, which is a patent search service for Korean documents.

The company is reportedly working on a phone where users can choose between various options of camera modules, as per diagrams from the patent site. In one of the patent images (via Galaxy Club), Samsung is seen placing a camera bump on the rear of a handset suggesting that it might be a detachable camera module and will allow users to change lenses. In another image, the phone is seen fitted with optical zoom module, something we've already seen in the company's Samsung Zoom range of smartphones.

To recall, the Samsung Galaxy K zoom, launched in 2014, featured a 20.7-megapixel BSI CMOS sensor at the back accompanied by a Xenon flash and also came with an optical image stabiliser (OIS) for low-light imaging.

In a separate patent document from Samsung, a phone is seen with large camera sensor on the rear panel, similar to the Galaxy K Zoom. The phone in the patent image was seen featuring a thick side, something we usually see on point and shoot cameras.

As of now, there are limited details about Samsung's new patents and we will have to wait for the South Korean company's announcements for more information as to when - if at all - products with these technologies ship.

Back in May, a Samsung patent hinted that it was working on a dual-OS smartphone-notebook hybrid that featured a dock for a phablet (like the Galaxy Note) that could act like the brains for the device. The phablet would run Android, and switch to Windows when connected to the dock, though Samsung had added in the patent that other operating systems could be used. The hybrid device would be also able to charge the smartphone when it was connected to the notebook via dock, which could be immensely helpful for people on the run.