Samsung One UI 2.0 Beta Program for Galaxy S10 Series Now Live in India, Brings Android 10 Along With Other Custom Changes 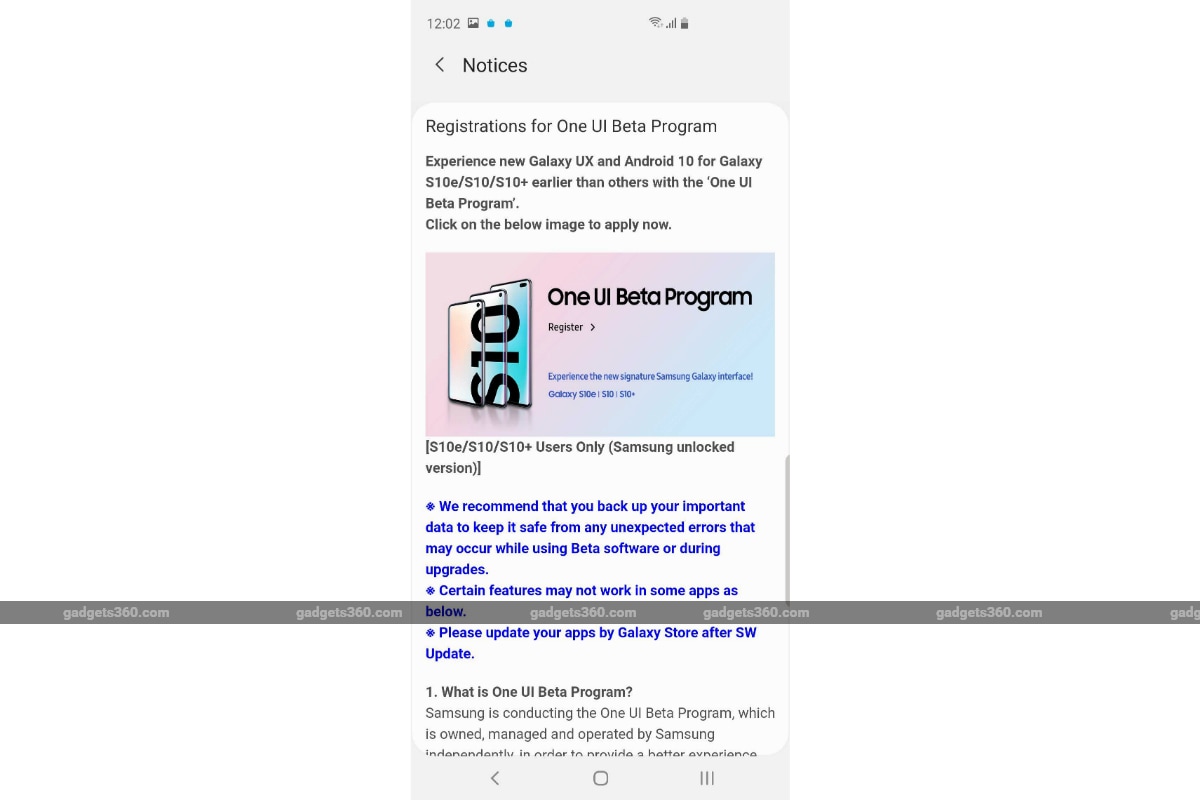 Samsung Members app shows a notice to register for the One UI 2.0 Beta Program in India

Users need to visit the Settings > Software update > Download and install to check for the latest update. It is recommended to back up personal data before proceeding for the installation process. Also, the update is expected to include some bugs since it's currently available in the beta stage.

While announcing the One UI 2.0 Beta Program earlier this month, Samsung confirmed that the new One UI beta version would debut along with Android 10. The new custom skin also includes an enhanced Dark mode and a Smart Lock screen with automatic adjustments to clour and format of the clock and notifications to show the text and icons clearly. Additionally, there are wellness-focussed features such as a Focus mode and an intuitive Device care menu.