Samsung to Introduce One UI 2.0 With Android Q, Galaxy S11 to Come With One UI 2.1: Report

One UI 2.0 is said to bring Digital Wellbeing features, including Focus Mode. 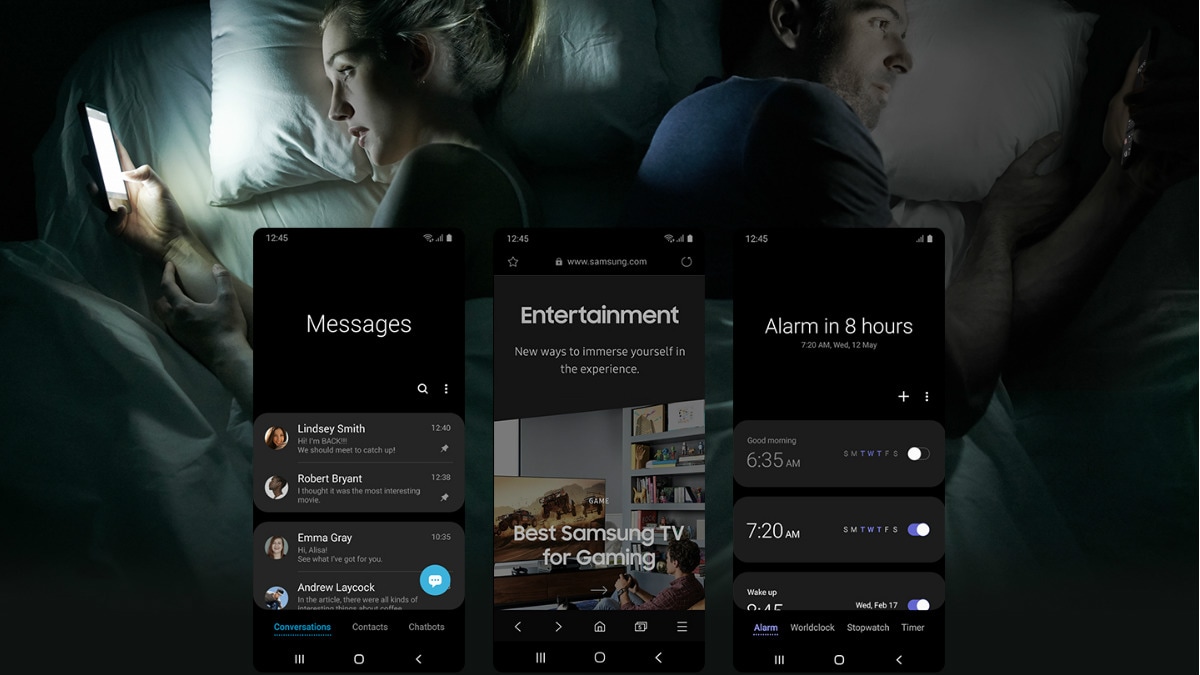 One UI based on Android 9.0 Pie debuted last year

Samsung will reportedly roll out One UI 2.0 with the release of Android Q for its Galaxy smartphones later this year, while the Galaxy S11 will debut with the newer One UI 2.1 next year. One UI interface was first introduced last year when Samsung started rolling it out as a firmware update with Android 9.0 Pie, beginning with the Galaxy S9 and the Galaxy Note 9 smartphones. And since then, One UI has garnered a lot of positive feedback from consumers and critics alike.

According to a report by SamMobile, One UI 2.0 will reportedly include all the Digital Wellbeing improvements that Google announced at its annual developer conference earlier this year in May. One of these upcoming improvements is Focus Mode that will allow users to specify which apps they find most distracting so that those apps get silenced when the feature is enabled. Moreover, other core Android Q features will also probably be a part of Samsung's 2.0 version of One UI.

As for when can we expect Samsung to roll out the update, well, our guess is as good as yours. But considering the company's recent track record of updating its Galaxy smartphones across all price segments to Android 9.0 Pie, we can rest assured that One UI based on Android Q should arrive sooner rather than later.