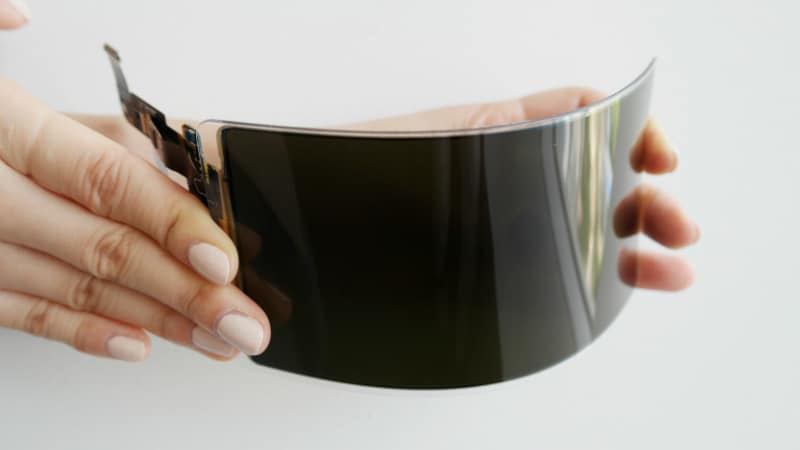 Samsung has announced a new flexible OLED display panel that the company, and Underwriters Laboratories (UL), claim to be unbreakable. The new panel has been put through a series of test to earn the 'unbreakable' tag, and Samsung sees its use not only in smartphones, but also in other electronic products such as display consoles for automobiles, mobile military devices, portable game consoles, and tablets PCs for e-learning. These panels could be integrated into the Galaxy Note 9 set to launch next month, and also the iPhones expected in fall.

For those unaware, UL is an official testing company for the Occupational Safety and Health Administration (OSHA) of the US Department of Labor. UL put these OLED panels made by Samsung to rigorous real-time durability testing that is based on military standards set by the US Department of Defense. The panels suffered no damage in front, sides, or edges even after a drop test administered at 1.2 meters (nearly 4 feet) above the ground 26 times in succession, and accompanying high (71 degrees) and low (-32 degrees) temperature tests. In fact, even after a drop test at 1.8 metres (nearly 6 feet), which is higher than the US military standard, these new panels showed no signs of damage.

"The fortified plastic window is especially suitable for portable electronic devices not only because of its unbreakable characteristics, but also because of its lightweight, transmissivity and hardness, which are all very similar to glass," Hojung Kim, general manager of the Communication Team, Samsung Display Company said in a statement.

Samsung Display used an unnamed unbreakable substrate with an overlay window securely adhered to it to make these flexible OLED panels. These panels, when put to commercial use, may eradicate the problems of display shatter altogether. Most OEMs don't cover display break in their warranties, forcing users to pay more if such an eventuality occurs. Apple, notably, charges a huge fee for display replacement. If these panels make it to the iPhones, then it could prove to be a big selling point for the Cupertino giant.

Samsung was the sole supplier for iPhone X OLED panels last year, and this year as well, Apple has reportedly placed a big chunk of order to Samsung for its 2018 iPhones. We only have to wait and see whether Apple and Samsung both use this unbreakable panel in their smartphones this year or not.