Samsung Galaxy M40 will come with an Infinity-O Display

Samsung Galaxy M40 is set to launch in India on Tuesday, June 11. But just ahead of the formal launch, the South Korean giant has brought a teaser video featuring Bollywood actress Disha Patani to confirm 6GB of RAM on the upcoming smartphone. The actress who signed as the brand ambassador of the Galaxy M range earlier this year also mentions the presence of Snapdragon 675 SoC on the Galaxy M40. Separately, a listing on Google's Android Enterprise Solutions Directory has been spotted that seemingly lists some other key specifications of the new Galaxy phone. The listing also showcases a render that appears to be of the Galaxy M40 and highlights a dedicated Bixby button.

Patani in the teaser video, which has been posted through her Instagram account, reveals that the Samsung Galaxy M40 will come with 6GB of RAM. The 26-year-old actress specifies that the handset is powered by a Snapdragon 675 SoC, and the given hardware enables an "ultra-smooth" and "super quick" multitasking experience.

Samsung India's Senior Vice President for Mobile Business Asim Warsi in a conversation with Gadgets 360 last month confirmed that the Galaxy M40 will come with the octa-core Snapdragon 675 SoC and will carry a price tag of around Rs. 20,000. The executive also mentioned that the phone will have a "Screen Sound" technology to produce the audio vibrations directly from the display -- without requiring any conventional earpiece.

Through its social media channels, Samsung already revealed that the Galaxy M40 will flaunt an Infinity-O Display panel that sports a hole-punch camera design. The smartphone will also offer a triple rear camera setup that will have a 32-megapixel primary sensor, as confirmed by Gadgets 360.

Alongside the latest teaser released by Patani, the Android Enterprise Solutions Directory has now listed a new Samsung phone with the name "Samsung 400,000" that looks nothing but the Galaxy M40. The render featured on the listing seems similar to the Galaxy M40 image teased formally in the recent past. It suggests a dedicated Bixby button as well. Similarly, there are specifications that corroborate the previous Galaxy M40 rumours.

If we look at the specifications available in the Android Enterprise Solutions Directory, the Samsung phone has a 6.3-inch display, 6GB RAM, and 128GB storage. The handset also is also listed with Android Pie and features such as fingerprint scanning and NFC. 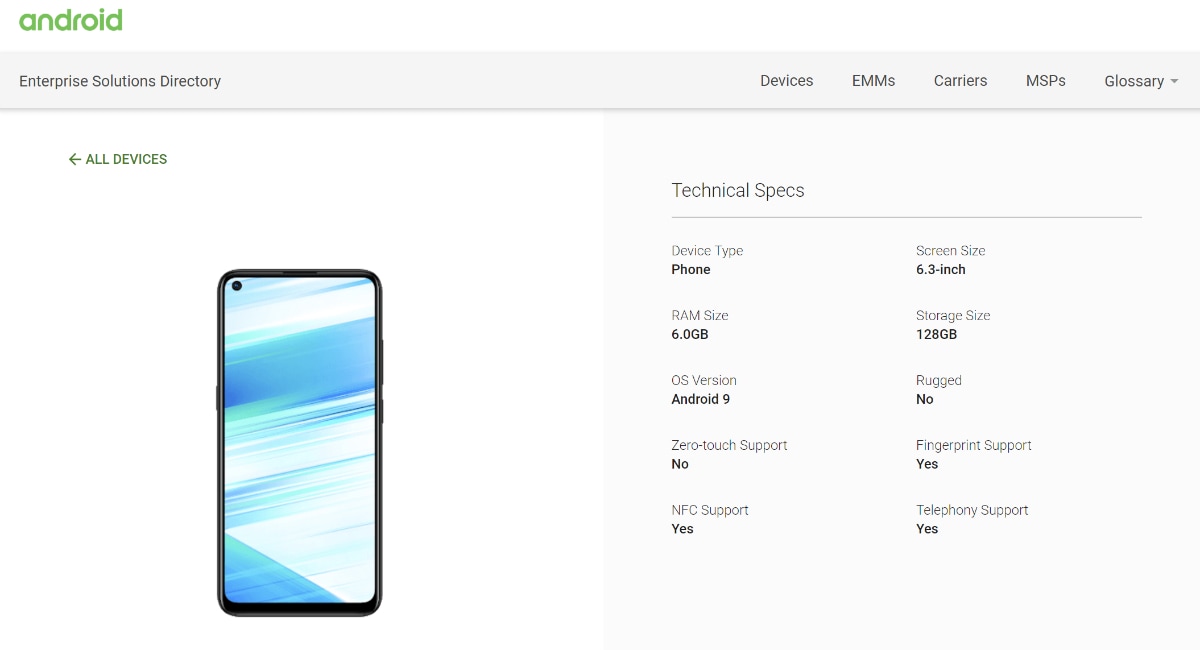 MySmartPrice first spotted the online listing of the Samsung phone that is believed to be of the Galaxy M40. We were able to separately view the listing on the Android Enterprise Solutions Directory portal.

As we mentioned, Samsung is hosting the launch of the Galaxy M40 on June 11. The formal launch is taking place at 6pm IST where we are expected to receive all the important information about the new phone.