Samsung LPDDR5X DRAM module can be stacked up to 64GB configuration 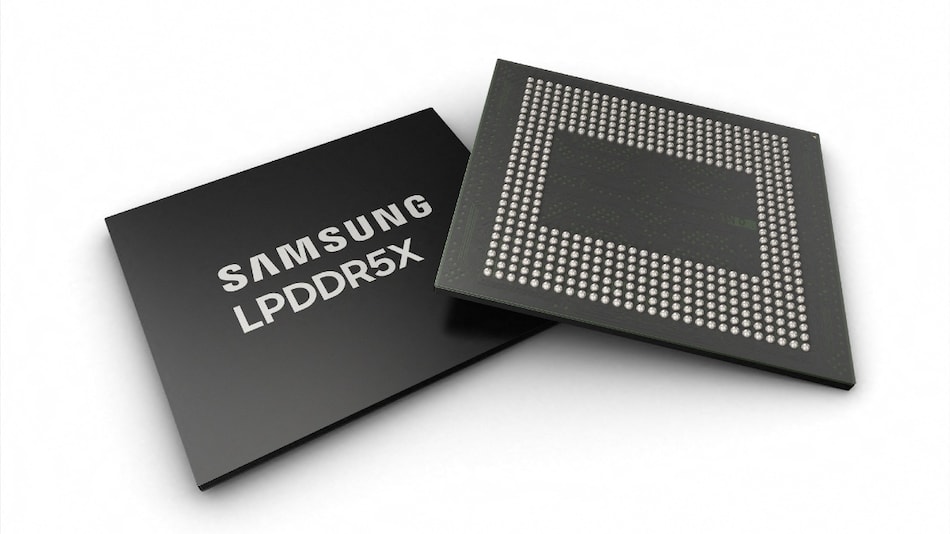 Samsung has announced that it has developed the industry's first LPDDR5X DRAM, claiming it offers high-performance, low power consumption, and the ability to handle AI-powered applications “beyond smartphones”. The South Korean company says that the new module is a 14nm based 16Gb chip which can be stacked up to 64GB configuration to easily undertake tasks that require fast large-scale data processing. It could be possible that Samsung debuts this module, along with the Exynos 2200 SoC with a superior AMD Radeon graphics chip in the Galaxy S22 flagship smartphones early next year.

As per the announcement by Samsung, the next-generation LPDDR5X mobile DRAM “is designed to significantly boost speed, capacity and power savings for future 5G applications”. It also says that the DRAM will offer data processing speed of up to 8.5Gbps, which is over 1.3 times faster than LPDDR5's 6.4Gbps that was launched in 2018. Additionally, the DRAM is also claimed to be more power efficient, and is said to use around 20 percent less power than LPDDR5 memory.

Samsung says that it will begin collaborating with global chipset manufacturers later this year. Furthermore, it is possible that the South Korean company will debut this technology in the Galaxy S22 smartphones. Reports suggest that Exynos 2200 SoC will be a powerful mobile platform that Qualcomm Snapdragon 898 SoC due to a superior AMD Radeon graphics chip. This DRAM could reportedly help Samsung deliver a powerful yet power-efficient performance in these flagships.

Is JioPhone Next the 4G phone for everyone that Reliance promises? We discuss this on Orbital, the Gadgets 360 podcast. Orbital is available on Spotify, Gaana, JioSaavn, Google Podcasts, Apple Podcasts, Amazon Music and wherever you get your podcasts.
Advertisement