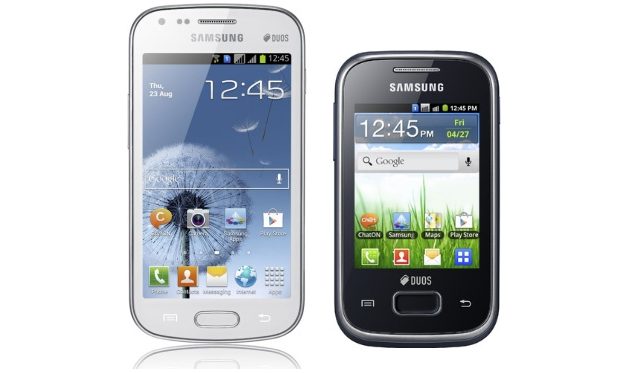 Samsung has announced the launch of two new dual-SIM smartphones in the country today. Dubbed as Galaxy S Duos and Galaxy Y Duos Lite, these smartphones have been priced at Rs. 17,900 and Rs. 6,990 respectively.

On the other hand, Galaxy Y Duos Lite is an entry-level smartphone and comes with 832MHz processor, Android 2.3, 3GB of internal storage, 2.8-inch capacitive display, and 2MP camera.

The company has also partnered with Reliance Communications, so the buyers of Galaxy Y Duos Lite will get a 'Smart Deal' of 1 GB 3G data or Unlimited 2G data free per month for six months.

Powered by Smart dual-SIM feature, both the smartphones allows users to simultaneously get calls on both SIM cards, so they will never miss a call even if they are already talking on one SIM or surfing the web using the other.

Samsung currently offers 5 dual-SIM smartphones and a total of 13 smartphone models in the country.

Will your PC turn into a gaming console with Xbox Games on Windows 8?
Teaming up on video games negates aggressiveness