Samsung Galaxy Z Fold 2 5G is expected to be unveiled at the August 5 Unpacked event, along with four other devices. 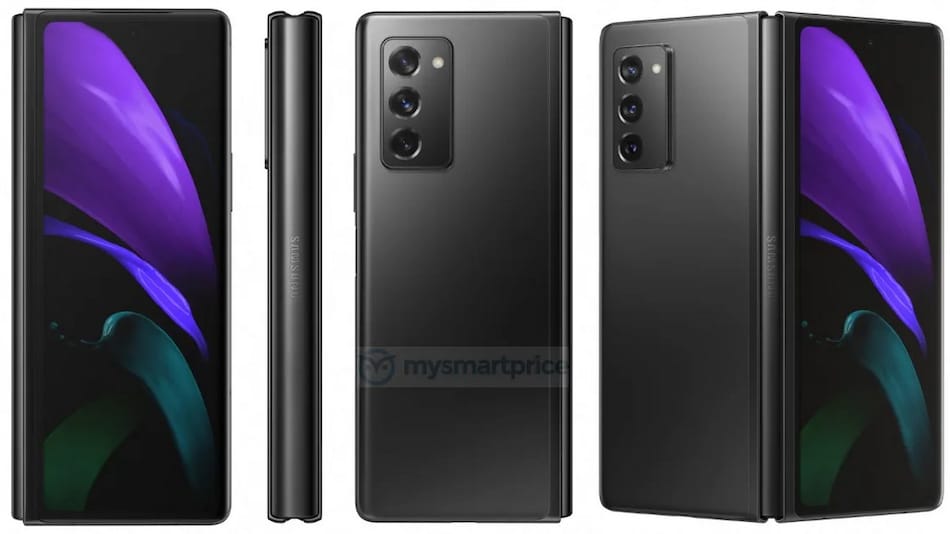 Samsung Galaxy Z Fold 2 5G design seems to have been leaked in the form of renders showing off the cover or outer display and the new design for the cameras. As per a new report, the upcoming second iteration of the Samsung Galaxy Fold will come in two colour options namely, Mystic Black and Mystic Bronze, and will have a much larger outer display as compared to the previous generation. Samsung is expected to unveil the Galaxy Z Fold 2 5G at its Unpacked event scheduled for August 5.

According to the report by MySmartPrice, high resolution renders of the upcoming Samsung Galaxy Z Fold 2 5G have been leaked. They show a slim bezel cover display that takes up most of the front of the phone. A speaker grill and a central hole-punch cut out for the camera can also be seen. The first generation Galaxy Fold came with a much smaller cover display with huge bezels especially on the top and bottom.

The renders also show the phone in is unfolded form with another hole-punch cut out on the screen to the right. The first generation Galaxy Fold had a relatively huge notch housing the cameras and looks like Samsung has decided to go with a different design for the cameras with the Galaxy Z Fold 2 5G. A triple camera setup along with a flash module can be seen on the back as well.

The report mentions two colour options, a Mystic Black and Mystic Bronze for the Samsung Galaxy Z Fold 2 5G. The bronze variant was recently tipped by a known tipster as well, along with similar looking renders of the phone with a large front display and hole-punch cut outs for the cameras.

Samsung recently teased the launch of its second generation Galaxy Fold at the Unpacked event, which is said to be called the Samsung Galaxy Z Fold 2 5G as per a recent live image leak of the phone's boot screen. The event is scheduled for August 5 and five new devices will be unveiled by the company.