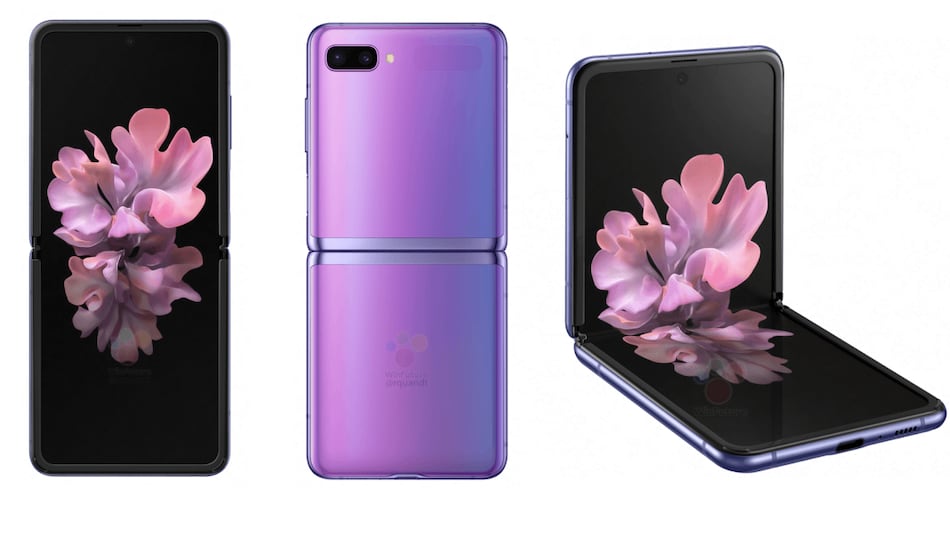 Samsung Galaxy Z Flip has already appeared in renders and a hands-on video, aside from having its specifications and asking price leaked as well. Now, Geekbench is also adding some support to the flurry of Galaxy Z Flip leaks, shedding light on some of its internal specifications. A benchmark listing of the Galaxy Z Flip has been spotted on the Geekbench database, revealing an octa-core Qualcomm SoC - tipped to be the Snapdragon 855+ - ticking alongside 8GB of RAM. The phone was spotted running Android 10, most likely with the custom One UI 2.0 skin on top.

The Galaxy Z Flip's Geekbench listing does not reveal the exact make of the SoC, but as per a previous leak, the platform in question is the Snapdragon 855+. The benchmarking database also mentioned the upcoming foldable phone's model number – SM-F700N. The phone scored 725 in the Geekbench v5.0 single-core test and posted a tally of 2610 in the multi-core test.

Samsung Galaxy Z Flip will reportedly pack a 6.7-inch (1080x2636 pixels) HDR10+ Infinity Flex screen with a centrally-positioned hole-punch. It also features a 1.06-inch (116x300 pixels) Super AMOLED cover display with Gorilla Glass 6 protection on its rear panel. The Snapdragon 855+ SoC ticking at its heart will be paired with 8GB of RAM and 256GB of internal storage. It is said to sport a 3,300mAh battery that supports 15W wired charging and 9W wireless charging too.

Talking about the cameras, the Galaxy Z Flip features a 12-megapixel main camera assisted by another 12-megapixel snapper with a 123-degree field of view. Selfies, on the other hand, will be handled by a 10-megapixel shooter with an f/2.0 lens. Samsung's next foldable phone will reportedly be priced at EUR 1,500 (roughly Rs. 117,600) in Europe and $1,399 (roughly Rs. 1,00,000) in the US. Following its launch at the Galaxy Unpacked event on February 11, the Galaxy Z Flip is said to go on sale three days later on February 14.