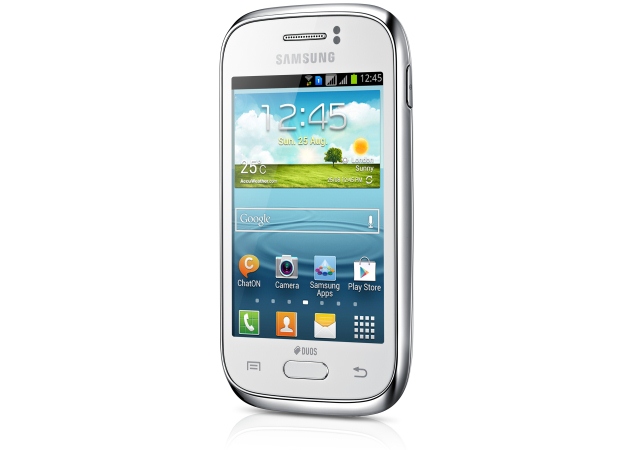 After the launch of Galaxy Star last week, Samsung has launched yet another budget Android smartphone - Samsung Galaxy Young. The phone that was announced in February, has been available on online retailers for a while now. However, it is now officially available on the Samsung e-store for Rs. 8,010.

The dual-SIM smartphone is powered by a 1GHz processor and has 728 MB RAM. It runs on Android 4.1 Jelly Bean and sports a 3-megapixel camera. With a 3.27-inch display, it is slightly bigger than the Galaxy Star and has a resolution of 320x480 pixels. It comes with 4GB of internal storage which is expandable up to 64GB and has a 1,300mAh battery.

The device comes with the Samsung TouchWiz UI. It supports the Samsung Motion UI and comes pre loaded with Samsung applications such as ChatOn, S Cloud and Game Hub Lite.

At this price point the phone will be competing with the likes of LG Optimus L3 II (Review | Pictures), the Lava Iris 455 and Xolo X500 (Review).

Samsung had recently launched Galaxy Star, the cheapest Samsung smartphone available in the market for Rs 5,260. The device is a dual-SIM smartphone, powered by a 1GHz processor and the Android 4.1 Jelly Bean operating system. It has a 3.0-inch capacitive touch screen, 2-megapixel camera, 512 MB RAM and 4GB internal storage.