The changelog provided on the official documents shows that the latest update for both the Samsung Galaxy S9 and Galaxy S9+ bring a dedicated Dark Mode, enhanced animations, new navigation gestures, and upgraded One-Handed Mode. There are updates to preloaded apps such as the Calculator, Camera, Internet, Samsung Contacts, and Calendar. Furthermore, the update brings the new Digital Wellbeing version that includes a Focus mode and parental controls.

Samsung-focussed blog SamMobile reports that the Android 10 update for the Galaxy S9 and Galaxy S9+ is available in India for regular users, while it's initially rolling out in other markets specifically for beta testers. Some users on Twitter have also confirmed the public rollout in India. 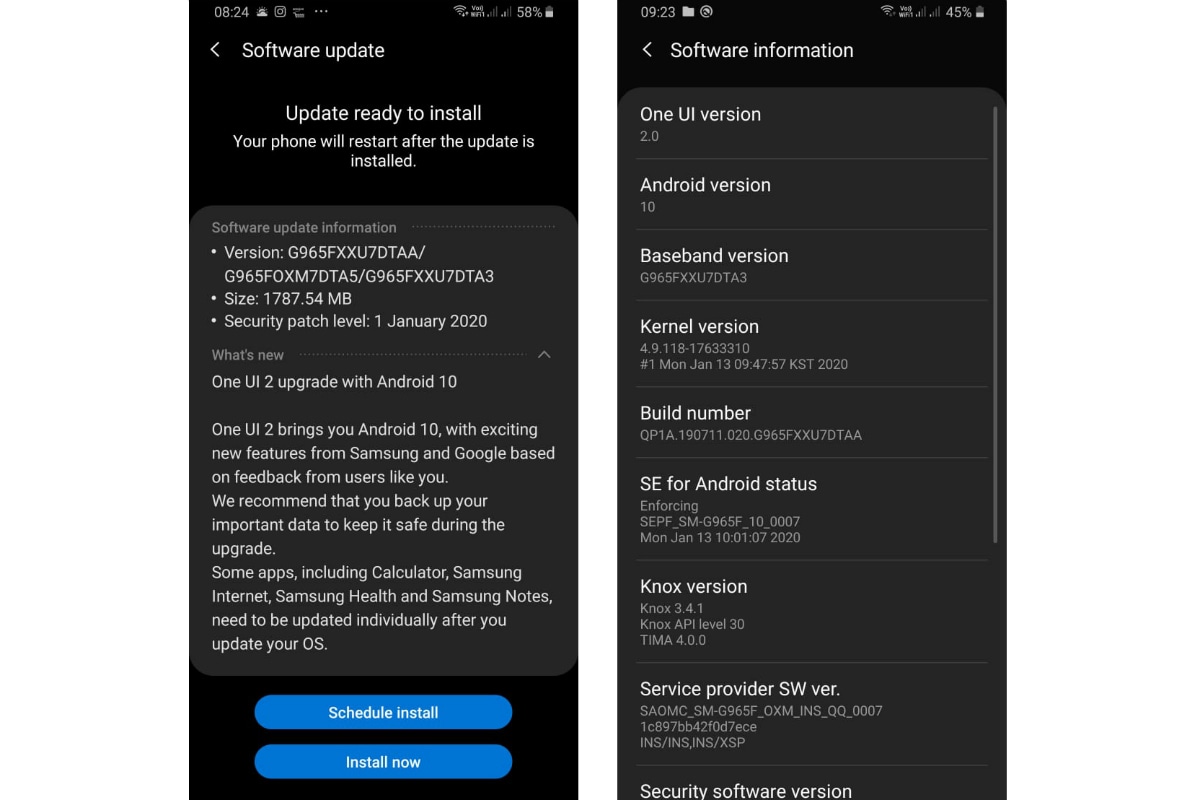 You can check the availability of the Android 10 update on your Samsung Galaxy S9 or Galaxy S9+ unit and download the fresh experience by going to Settings > Software update.

Just earlier this week, Samsung reportedly started rolling out Android 10 with One UI 2.0 for the Galaxy S9 series in Germany and the US. The South Korean company started One UI 2.0 Beta Program for the Samsung Galaxy S9 and Galaxy S9+ users in India to test Android 10 in November, shortly after announcing its update roadmap for a list of devices.

Jagmeet Singh Email Jagmeet
Jagmeet Singh writes about consumer technology for Gadgets 360, out of New Delhi. Jagmeet is a senior reporter for Gadgets 360, and has frequently written about apps, computer security, Internet services, and telecom developments. Jagmeet is available on Twitter at @JagmeetS13 or Email at jagmeets@ndtv.com. Please send in your leads and tips. More
Realme 5 Pro, Realme 5, Realme XT, Realme X, Realme C2 to Now Be Sold via Amazon.in as Well