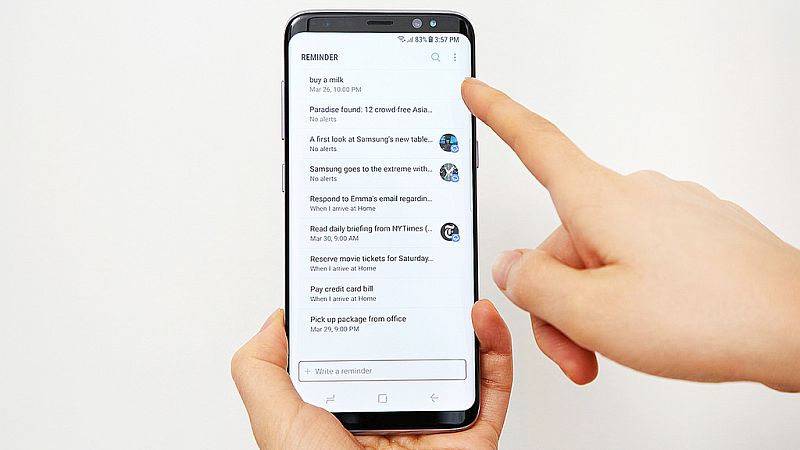 Samsung has announced that it will be rolling out two software updates for the Galaxy S8 and Galaxy S8+ smartphones this week which will be fixing issues reported by users so far. The South Korean company stressed that the new software patches will be focusing on fixing red-tinted screen and patchy Wi-Fi connections. The company had previously confirmed that the software updates will be rolled out though never made the availability clear.

Samsung also claimed that none of the issues reported by users so far for the Samsung Galaxy S8 and Galaxy S8+ were "product defects."

In an emailed statement to The Wall Street Journal, the company said that the display-related patch would give users "a further enhanced ability to adjust the colour setting to their preference."

The second software patch is said to fix Wi-Fi issues in some Samsung Galaxy S8 devices that were unable to access Wi-Fi connections. The fix will be rolled out only in South Korea. The software patch announcement from Samsung comes just days after the Samsung Galaxy S8 and Galaxy S8+ went on sale in the Canada, South Korea, and the US. WSJ says that Samsung has declined to confirm the number of Galaxy S8 users that have reported the red-tint or Wi-Fi issue.

Separately, Samsung Galaxy S8 users should also receive an urgent software patch that fixes an issue in the device. According to a report by Android Central, the new software patch for Galaxy S8 users should be available shortly and it stops notification popups from the Device Quality Agent which keeps "tabs on Wi-Fi quality throughout the device."

Apart from the red tinge on many Galaxy S8 and Galaxy S8+ display screens and Wi-Fi issues, some Galaxy S8 users have also reported issues with wireless charging. According to users, phone is not being charged even when using Samsung branded wireless charging pads.