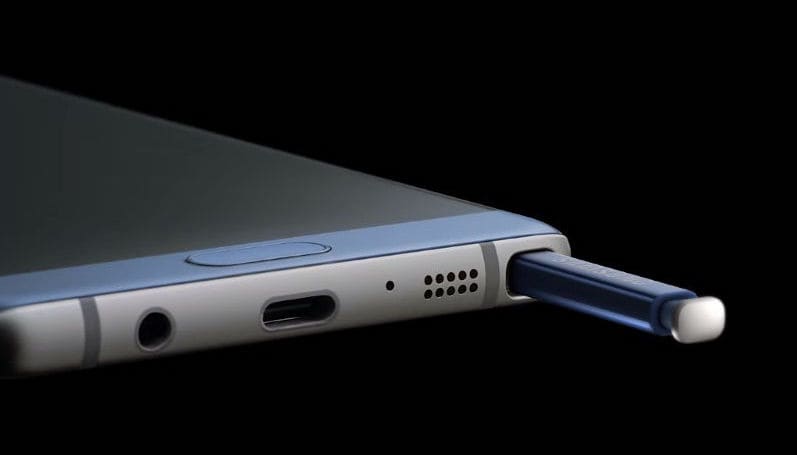 There's a lot riding on Samsung Galaxy S8, the company's next flagship, given how the past year has witnessed the fall of the Galaxy Note 7. The upcoming Galaxy S8 flagship smartphone has been subject to a ton of rumours, the latest being that Samsung may offer an external S-Pen stylus and an Exynos 8895 chipset variant. Another rumour suggests the Galaxy S8 will lack physical buttons.

Android Police's David Ruddock says the Samsung Galaxy S8 will ditch physical keys, completely, and switch to "all soft keys with 3D Touch-like functionality." He adds that the Samsung Galaxy S8 soft keys may be customisable, while the fingerprint scanner may go to the back of the phone - though the in-display fingerprint scanner remains a possibility. All this would allow for thinner bezels and a larger display on the Galaxy S8, which is tipped to come in two screen size variants - 5-inch and 6-inch, though notably, earlier rumours pointed at 5.7-inch and 6.2-inch display variants.

Since the the Galaxy Note 7 was killed off, the 6-inch Samsung Galaxy S8 with an external S-Pen stylus will likely fill that missing space, 9to5Google reports.

As for pressure-sensitive display technology, it has long been rumoured to appear with Samsung's flagship. Multiple reports in November pegged the Samsung Galaxy S8 to sport such display tech.

Previous rumours have suggested that the Samsung Galaxy S8 will pack a massive 8GB of RAM and will likely be powered by the recently announced Snapdragon 835 SoC from Qualcomm.

An Exynos 8895-based variant of the Samsung Galaxy S8 is also being rumoured and will come in two versions - the 8895M and 8895V. The former will be clocked at 2.5GHz while the latter at 2.3GHz. Both Samsung Galaxy S8 processor versions are said to employ Mali-G71 GPU clocked at 550MHz, and supports LPDDR4 RAM, UFS 2.1 storage, 4K screens, and Cat.16 LTE.

Samsung Galaxy launch is expected to happen in April, so there are still a few months to go until we know for sure what the upcoming flagship has to offer.