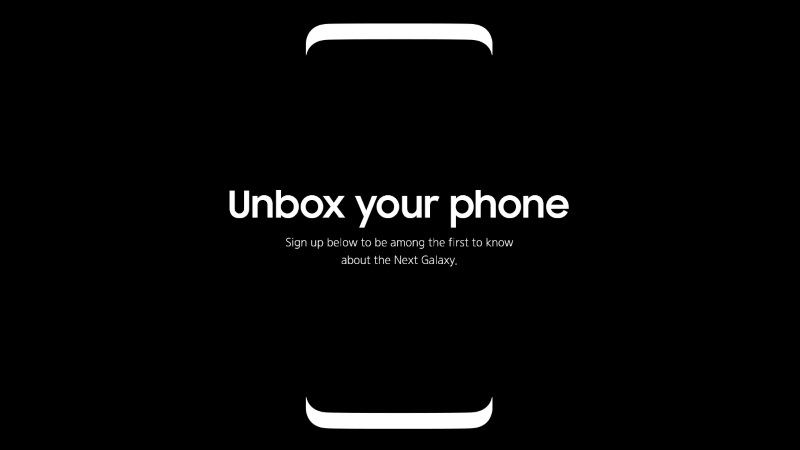 Samsung is leaving no stone unturned ahead of the company's Galaxy Unpacked 2017 event on March 29 which will see the next Galaxy flagship. The South Korean company is now promoting some unique features in a form of opinion poll. Samsung's Philippines website is taking poll, and asking interested users, "What are you looking for in your Next Galaxy?" Replies to the question includes options such as a superior camera; a premium and stylish design; enhanced battery life, powerful gaming performance, and enhanced virtual reality experience. The official poll hints that the company may add a new functionality for virtual reality as well.

The early sign-up page for the Galaxy S8 is having similar polls around various markets including India. Separately, a Brazilian e-commerce retailer is taking poll for colours, and includes colour variants such as Black, Silver, or Amethyst, indicating that the phone may arrive in these three colours. Considering that the new Amethyst colour is being teased by the retailer in Brazil, it could be limited to the Brazil market. The Samsung Galaxy S8 is widely expected to sport a 5.8-inch screen while the Galaxy S8+ is said to sport a 6.2-inch screen size.

Additionally, Samsung's privacy page has seemingly confirmed Bixby feature. The new privacy page on the company's Italy site clearly notes Bixby, and writes, "you can control all operations with the touch interface using voice commands with Bixby" [translated by Google Translate]. Recent leaked images have hinted that the Samsung Galaxy S8 may sport a dedicated Bixby button on the edge of the smartphone to activate the much-anticipated digital assistant Bixby easily. Not too long ago, Samsung's upcoming virtual assistant Bixby was also leaked in a trademark application. The official privacy page was first spotted by GalaxyClub.

A separate report claims that the upcoming Samsung Galaxy S8 may feature a new 3D Touch technology citing industry sources. The company is said to develop the new 3D Touch technology which can be integrated at the bottom of the display. The feature much like Apple's 3D Touch will let smartphone respond with different pressure-sensitive touch functionalities. The report also claims that Samsung Display is developing the new tech for the next iPhone. It however adds that the company may utilise the new 3D Touch partially on its upcoming Galaxy S8.