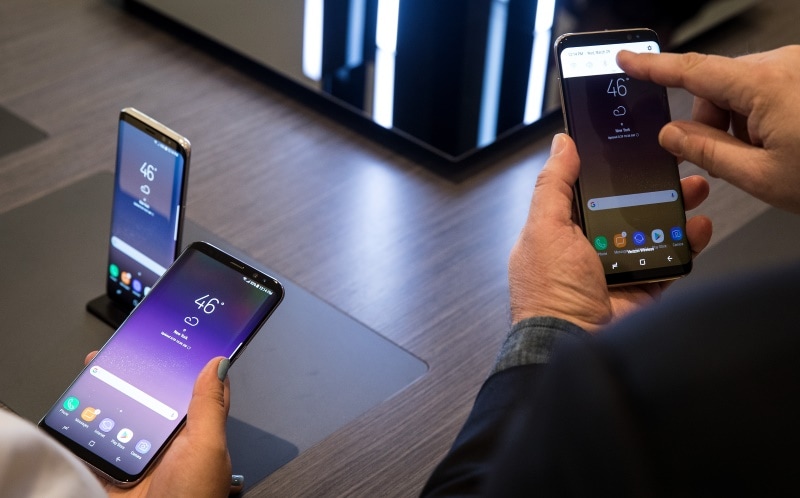 The Galaxy S8, which begin sales in South Korea, the United States and Canada on April 21, will be central to the South Korean firm's recovery from the swift withdrawal of the Galaxy Note 7 phablet.

The new device has been well-received, and some investors and analysts said it could set a first-year sales record for the smartphone giant.

"It's still a bit early, but initial response to the pre-orders that have begun at various places across the world have been better than expected," Koh said at a media briefing.

The S8 will be the safest Galaxy smartphone to date due to safety measures implemented to avoid the battery failures that caused some Galaxy Note 7s to spontaneously combust, he said.

Analysts expect Samsung to record its best-ever quarterly profit in April-June, buoyed by strong S8 sales and a memory chip market boom that is widely expected to deliver record revenue for the industry this year.

The new device, equipped with either 5.8-inch or 6.2-inch (14.73 cm or 15.75 cm) curved screens, sports the largest screens to date among all of Samsung's flagship phones due to a redesign.

Koh also said the firm plans to use the S8 to try to recover in China, where Samsung has been out of the top five vendors in recent years due to heightened competition from local rivals such as Huawei Technologies Co Ltd.

He said Samsung will aim to regain market share in China even if it takes time, without elaborating on specific strategies.