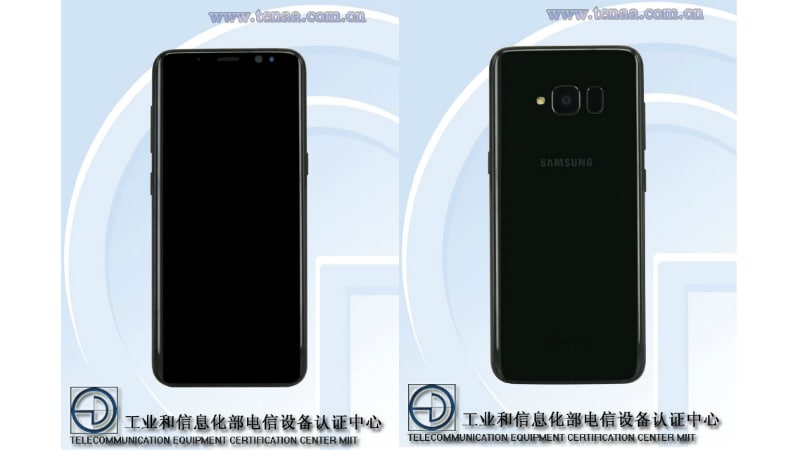 Samsung Galaxy S9 Mini, reported to be the company's upcoming smartphone, was spotted last month, on Geekbench. But, it seems that the handset with model number SM-G8750 is, in fact, the Galaxy S8 Lite. The smartphone has now gone through usual TENAA certification in China. The listing reveals certain specifications and design elements of the upcoming Samsung Galaxy S8 Lite.

As per the TENAA listing, the phone will sport a display with 1080x2220 pixels resolution with an 18.5:9 aspect ratio. This leads us to believe that might be yet another smartphone from Samsung to sport the proprietary Infinity Display. Courtesy the listing, the phone will run Android 8.0.0 out-of-the-box. It will be powered by an SoC clocked at 2.2GHz or 1.9GHz, coupled with 4GB of RAM and 64GB of inbuilt storage.

In terms of optics, the rear camera is expected to get a 16-megapixel sensor while the front camera might sport an 8-megapixel sensor for selfies and video calling. Connectivity options on the Galaxy S8 Lite, according to the listing, will include 4G LTE, Bluetooth and USB, and sensors include gravity sensor, ambient light sensor, proximity sensor, iris recognition, and fingerprint sensor. Dimensions of the phone are 148.9x68.1x8.0mm and weight is 155 grams. There is a 3000mAh battery under the hood.

Previously, in the Geekbench listing, the phone has been suggested to sport a Qualcomm Snapdragon 660 SoC. Additionally, it got a single-core score of 1619 and multi-core score of 5955.

Separately, the upcoming Galaxy S10 flagship has been reported to arrive early with an expected launch around CES 2019. Additionally, the South Korean giant's first foldable phone might become a reality as soon as Mobile World Congress 2019 in Barcelona.