Samsung at its Galaxy Unpacked event on Wednesday unveiled the new Galaxy S8 and Galaxy S8+ smartphones in New York. The Samsung Galaxy S8 and Samsung Galaxy S8+ are claimed to bring a new era of smartphone design and new services. The company at the same event announced the new Samsung DeX mobile-to-PC transition tool which works similarly to Microsoft's Continuum feature. For now, no pricing details for the DeX have been revealed. A refreshed Gear 360 VR camera was also revealed.

The Samsung DeX tool will be compatible with the Galaxy S8 and the Galaxy S8+, and will offer users an Android-based desktop-like experience. To get started, users will have to plug the Samsung smartphone into the DeX Station, which will connect the smartphone to an HDMI compatible monitor as well as connect to any Bluetooth-enabled, USB or RF-type keyboard and mouse.

With the new tool, Galaxy S8 and Galaxy S8+ users can access apps, browse the Internet, send messages, and more directly from the phone on a larger display. Samsung DeX supports keyboard and mouse gestures. The service will also allow users to shift between windows and adjust window size with ease.

The company has showcased some Samsung DeX productivity apps which will be available initially such as Samsung Browser, MyFiles, Gallery and Samsung email. DeX will be also compatible with the Microsoft Office and Adobe mobile app suite. Samsung has promised that users by first half of 2017 will be able to use VDI to remotely use Windows OS same as done on a desktop. 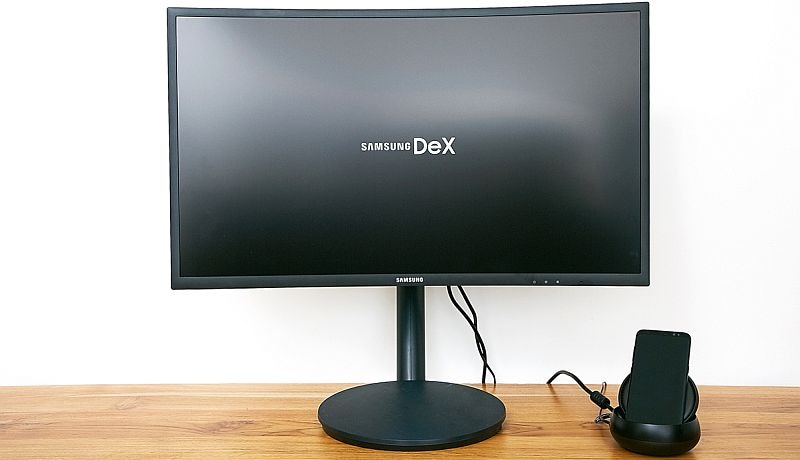 "The smartphone has become the central point for the modern mobile professional, and when giving a presentation or editing documents remotely, it means they can work effectively using just their smartphone. We developed Samsung DeX with the highly mobile worker in mind, giving them a convenient and flexible desktop experience," said Injong Rhee, CTO of the Mobile Communications Business at Samsung Electronics.

In a press statement, the company revealed that Samsung DeX is enabled by collaborations with Microsoft and Adobe for compatibility with Microsoft Office and Adobe mobile apps, including Adobe Acrobat Reader mobile and Lightroom Mobile, allowing desktop-like functionality and a user interface previously unavailable from a smartphone.

"With Samsung DeX, enterprise users can also be assured their smartphone and data are protected by the Samsung Knox security platform built into the smartphone. Samsung DeX redefines what a smartphone can do to keep mobile professionals productive," Rhee added.