Samsung Galaxy S8 and Galaxy S8+ are set to launch in under a week, and every new day brings a new bag of leaks. Fresh reports shed light on the changing display resolution feature, more pictures that show the phone from various angles, a video teaser that hints at iris scanning, photos of the internal battery, and images of the retail box.

First up, tipster Ice Universe has shared multiple images of the Galaxy S8 and Galaxy S8+ showing us the device's front and a unique screen resolution changing feature. According to the image shared, the smartphones will give you three options for screen resolution: HD+ (720x1480), FHD+ (1080x2220), and QHD+ (1440x2960). Of the three, the default resolution is QHD+, and this option is given to users who prefer smaller icons and need more to fit on a screen. This isn't a new Samsung feature, and has been spotted on previous versions as well. 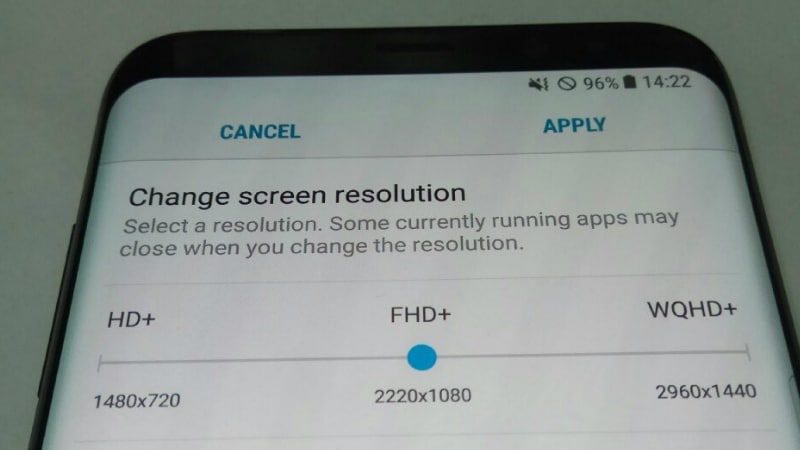 The same tipster also leaked the retail box of the Galaxy S8+ confirming that the larger variant will sport the '+' symbol, and not the word Plus. The retail box also reveals that it will contain a charging adapter, a Micro-USB connector, and a pair of headphones. According to previous leaks, Samsung is expected to bundle AKG-made earbuds, but there's no clarity on that from the leaked retail box. 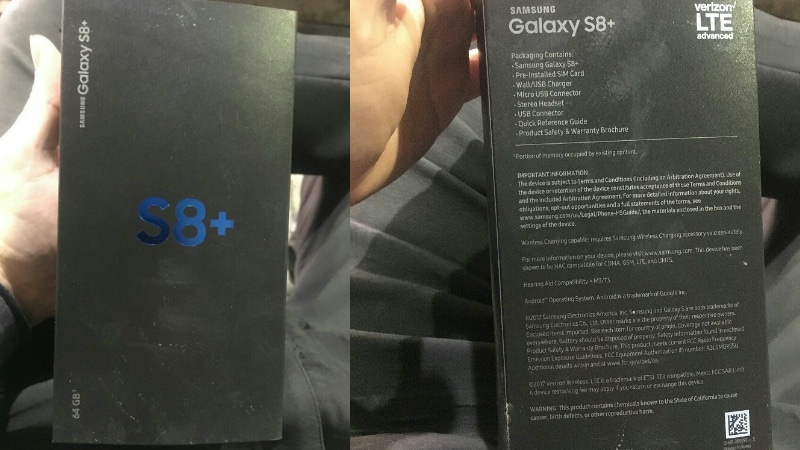 Samsung's new teaser has also been outed, and it hints at iris scanning capabilities. The video teaser shows a man standing in a green field, and once the camera pans out to show the whole garden's aerial view, it forms the shape of an eye. This could mean the introduction of iris scanning on the Galaxy S8, a feature that was also seen on the Galaxy Note 7. See the video teaser here.