Samsung's much-rumoured Galaxy S8 and Galaxy S8+ smartphones have been leaked in new images ahead of the company's Galaxy Unpacked 2017 event later this month. Separately, a new report has claimed that Samsung has pushed back the availability of the Galaxy S8 by a week to April 28, previously the company was said to start sales of the flagship from April 21. Finally, the company has also detailed the dual camera capabilities of its newest Exynos SoC, tipping inclusion on the Galaxy S8 models.

Samsung is teasing the dual camera capabilities of its brand new premium application processor, the Exynos 9 Series 8895. In a tweet, the company is promoting Dual ISP (Image Signal Processing) of the Exynos 8895. The image doesn't drop a big hint but surely confirms that future Galaxy smartphones will sport dual cameras alongside packing Exynos 8895 SoC.

The new leaked images have surfaced on the Internet courtesy of an anonymous case maker and corroborate to what is already known about the handsets. Both the Galaxy S8 and Galaxy S8+ can be seen wrapped in a case believed to hide the identity of the unit, and were allegedly provided by the company to the case maker. As leaked previously, the Galaxy S8 and Galaxy S8+ can be seen featuring an edge-to-edge display believed to be dubbed Infinity Display, and fingerprint scanner at the back. Unfortunately, the dedicated button for Samsung's new AI feature, Bixby, is not visible in the image. Moreover, the iris-scanner can be also seen on top of the display. The images were first reported on Slashleaks.

In another image leak, the Galaxy S8 has been allegedly spotted in a White colour and can be featuring on-screen navigation buttons. The new image was posted on Techtastic.

A South Korean report has claimed that Samsung's yet-to-be-announced Galaxy S8 was showcased at the recently concluded MWC 2017 trade show to the company's various partners. The report adds that the handset received impressive response from the visitors though the details on the specifications and features were not revealed at that point.

Separately, Venture Beat's Evan Blass in a new report has claimed that the Samsung Galaxy S8 and Galaxy S8+ release dates have been pushed back a week to April 28. Blass cites a person briefed on the company's revised target. An earlier report had said that the Samsung Galaxy S8 and S8+ will be heading to markets worldwide starting April 21 however this seems to have been revised now. 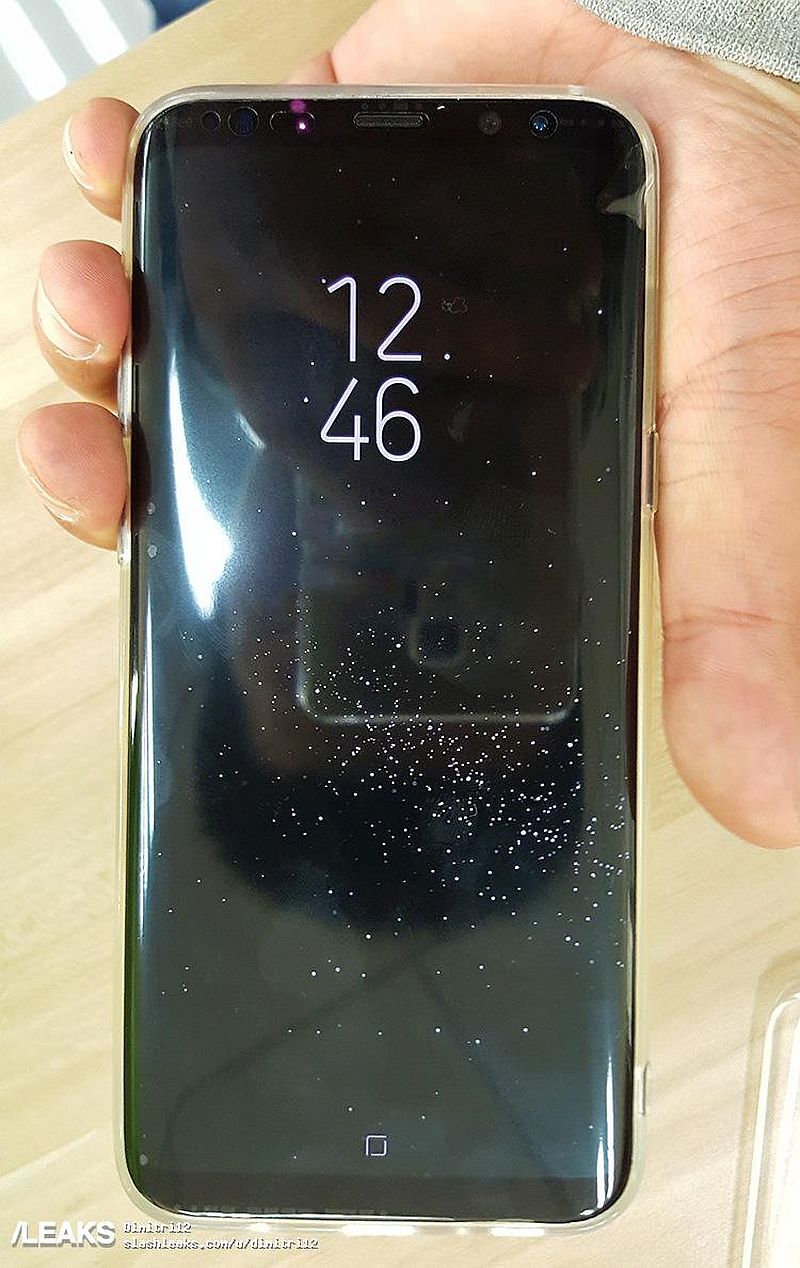