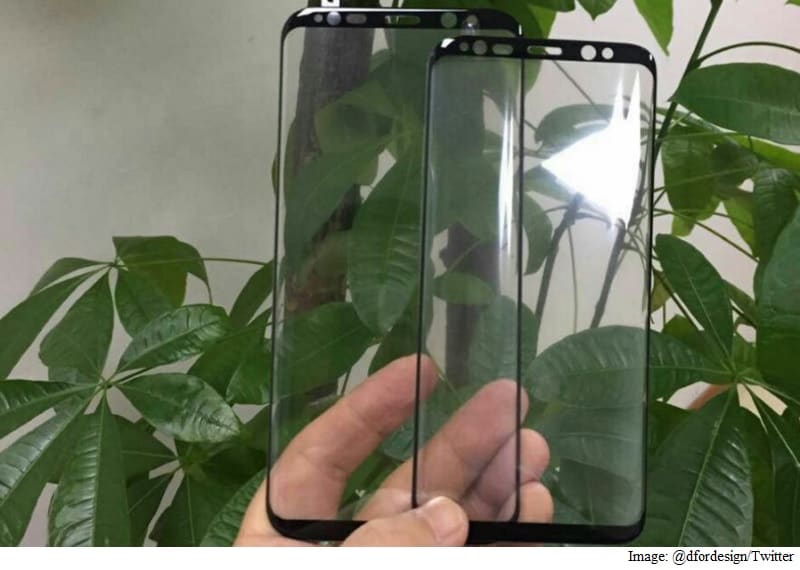 Numerous leaks regarding Samsung's upcoming Galaxy S8 smartphone have tipped several details regarding the South Korean company's flagship device. Now, leaked images of alleged tempered-glass screen protectors for the Galaxy S8 smartphone have popped up on the Internet and suggest that the phone will feature a display with curved edges, as well as very narrow bezels.

The Samsung Galaxy S8 leaked images, posted on Twitter by a Polish user, show a pair of tempered-glass screen protectors for the two variants of the Galaxy S8 smartphone, Android Police reports. Apart from the curved display and extremely thin bezels that give the smartphone a distinct look, the leaked Samsung Galaxy S8 images also show the edges of the display to be rounded.

Citing its source, Android Police says that it has confirmed this particular nature of the Samsung Galaxy S8 display. As this aspect of the display (rounded edges) has not been seen in previous leaks, this might be the closest representation of what the device is expected to look like.

Even though the source for the leaked images is not well-known and these are not glass panels for the devices, these protectors feature holes for the iris scanning array's sensors, like one on the infamous Galaxy Note 7, which were not shown in earlier Samsung Galaxy S8 leaks and is expected to be on the alleged smartphone, notes AndroidPolice.

The person who uploaded these pictures has confirmed that these are not the glass panels of the Samsung Galaxy S8 smartphone, as they were earlier touted to be, but are tempered-glass screen protectors developed by third-party manufacturers. As there is a possibility that Samsung might have shared the design of the device with third party manufactures to help to develop accessories, it is hard to completely disregard these leaked images.

As these are unofficial Samsung Galaxy S8 leaks, we will have to wait till company's official launch event for the smartphone to find out if Galaxy S8 features the same design as these images or not.