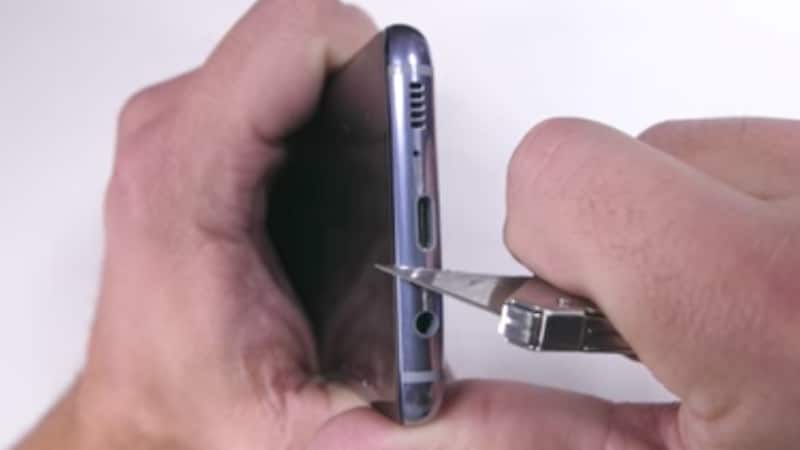 Now that the Samsung Galaxy S8 and Galaxy S8+ have been unveiled in many countries, the customary durability tests have begun cropping up online. The first one comes from JerryRig Everything, whose video puts the Galaxy S8 through the harshest treatment possible.

Starting with the scratch test, the phone's Corning Gorilla Glass 5 display is put through various standards of scratching, and it finally gives in at 'level 6', which is the industry standard currently. During the test, the author also realises that the earpiece on the Galaxy S8 does not fuse with the screen, but is a little pushed inside, leaving a gap for dirt to settle. The video notes that the earpiece on the Samsung Galaxy S8 is also comparatively smaller than the one seen on the Galaxy S7 however, the internal component is what matters.

The Galaxy S8's flash is also protected by the glass cover at the back, and the fingerprint scanner, after being heavily scratched, still managed to do its functions properly. The author also conducted a burn test, and normally the phones get a white tinge, and never recover. But, the Galaxy S8 recovers back in 30 seconds. However, on the third try, the burn mark finally stayed on.

The Galaxy S8 buttons and edges are all metal, and gets scratched after harsh treatment. The back of the device appears to be very durable, and does crack after heavy ramming, but it still looks pretty durable in normal environment usage. Lastly, the phone was put through a bend test, and the phonehas nearly zero flex, passing this test with flying colours.