After teasing the camera features last week on the 'Next Galaxy' smartphone, the company has now teased the fast charging feature of the handset. In another official blog post, a Samsung executive seemingly confirmed that the Samsung Galaxy S6 will feature wireless charging.

The South Korean company late on Tuesday shared a tweet saying, "I am #TheNextGalaxy. See how I give more time to others at #Unpacked." Samsung Mobile's tweet accompanied a video that included taglines such as "the faster I am", "the more that gets done", "And the more time I can give to others." The video is thought to be talking about the powerful performance of the Galaxy S6, which is likely to be backed by the new Exynos 7 Octa chipset, apart from fast charging support that's also tipped by the lightning logo used.

I am #TheNextGalaxy. See how I give more time to others at #Unpacked.https://t.co/zfYs03p90P

Recently, Samsung announced that it started mass production of mobile application processors on its 14nm FinFET process technology. The company claimed that the new 14nm FinFET will enable up to 20 percent higher speeds and 35 percent less power consumption. The first Exynos 7 Octa is likely to be a 64-bit SoC; though no further announcement has been made about the specifications of the chipset.

In another Twitter teaser, Samsung shared an image with a tagline that read, "Get more done. Get more time" on Twitter while also said, "I can give more time to others. I am #TheNextGalaxy." The tweet once again tips fast charging support.

The South Korean company last week in couple of posts teased the camera on the Galaxy S6. The teasers were accompanied by taglines such as, "Be inspired by my vision" and "Great vision inspires me."

In the meanwhile, Samsung's Seho Park, Principal Engineer IT and Mobile Division, on Tuesday in a blog post titled "Wireless Smartphone Charging as an Industry Standard" talked about the advancement of the wireless charging technology. 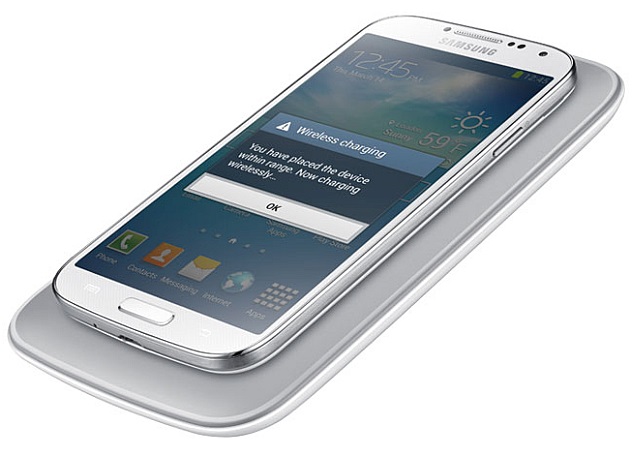 We will have to wait till March 1 to see what more surprises does the new Samsung Galaxy flagship smartphone pack.