Samsung has teamed up with Marvel and has launched the Samsung Galaxy S6 Edge Iron Man Limited Edition smartphone in select countries. The handset will reach South Korea on Wednesday along with China and Hong Kong in June. The firm has not mentioned the price of the smartphone or if it will reach other markets or not. The limited edition smartphone comes as a part of Samsung-Marvel tie-up for the Avengers: Age of Ultron movie.

Based on the Iron Man suit, the front and rear panels of the Galaxy S6 Edge Iron Man Limited Edition are coloured in dark red, the side bezels sport a golden finish. Additionally, the rear panel features a monochrome Iron-Man mask image. 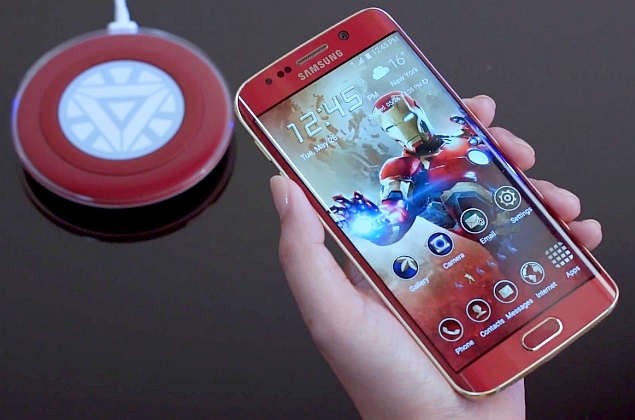 The Samsung Galaxy S6 Edge Iron Man Limited Edition features the same specifications as the regular Galaxy S6 Edge, but comes only a 64GB inbuilt storage variant. As a part of the package, Samsung would also be bundling a similar themed wireless charger, which looks like the arc reactor, along with a clear cover that "enhances the device's exclusive design."

The Galaxy S6 Edge features 5.1-inch Quad HD (1440x2560 pixels) Super Amoled display with a pixel density of 577ppi. The handset runs Android 5.0 Lollipop and is powered by a 64-bit octa-core (quad-core 2.1GHz+ quad-core 1.5GHz) Exynos 7420 SoC coupled with 3GB of RAM (LPDDR4). There is a 16-megapixel rear camera with OIS (optical image stabilisation) and LED flash while there is a 5-megapixel front camera on board. It is also backed by a 2600mAh battery. 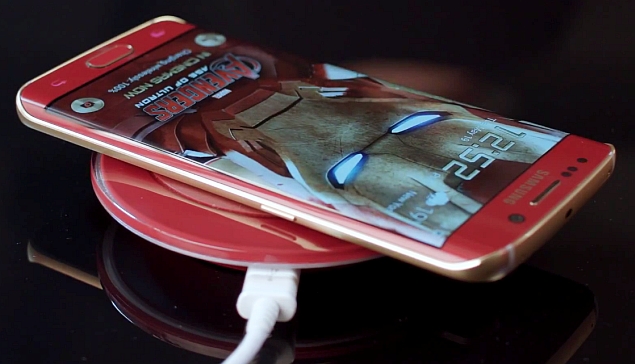 "We are excited to be able to offer our world-class Galaxy S6 edge smartphone designed especially for Iron Man fans through our continued collaboration with Marvel," said Younghee Lee, Executive Vice President of Global Marketing, IT & Mobile Division at Samsung Electronics about the launch. "The limited edition Iron Man Galaxy S6 edge embodies the power of the iconic Avenger with a dual-curved edge design and advanced features that will provide Marvel fans with the ultimate entertainment experience."