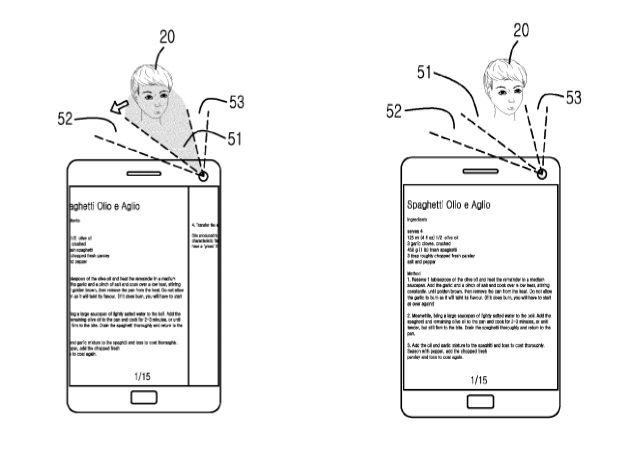 Samsung seems all set introduce new gesture controls in its upcoming line-up of devices, a new patent filing reveals, that are said to track gesture movements like a nod of head and winking of eyes.

Sammobile, citing a Dutch publication, has suggested that the South Korean handset maker filed a new patent that tracks gestures via head tracking gesture controls. The patent describes things like a nod of head and a wink of eyes being used to carry out a specific function, notes the site. Further, the site speculates that Samsung filed the patent in July last year and that the new feature will probably be featured in the alleged Galaxy S5.

The site also describes a gesture function that could be used for changing webpage in a browser with head movement. Unfortunately, the site does not reveal much about the details of the new alleged head tracking gesture controls. However, the patent filing images indicate that the alleged gesture controls can be utilised to track every movement of the head.

Samsung's alleged Galaxy S5 might be far from being released, though the device has been leaked revealing new details of the innards.

An earlier report had cited a GFXBench listing that revealed a device codenamed Samsung SM-G900S sporting a screen resolution of 1440x2560 pixels (2K), believed to be the Galaxy S5. The device was further believed to come with a 5.0- or 5.2-inch display, making the pixel density an incredible 560ppi at the said resolution.

Another report had suggested that the South Korean giant has been working on its next line of smartphones that will equip iris recognition or eye-scanning technology for unlocking the phone, authentication etc. The eye-scanning/iris-recognition feature has not been introduced on any smartphone (from a major manufacturer) as an unlocking method, and if Samsung actually uses this, it would become the first handset maker to debut the feature on a smartphone.