A new leaked listing image from Samsung's UK site seems to indicate that the Galaxy S5 Mini launch preparations are already underway and that the phone might see the light of the day soon.

Phone tipster, @evleaks has posted an image of the Samsung UK site listing of the yet-to-be-launched Galaxy S5 (Review | Pictures) 'mini' variant, believed to be dubbed Galaxy S5 Mini. The leaked image appears to be from a placeholder for the alleged Galaxy S5 Mini on Samsung's official UK site.

Notably, the leaked image tips that the alleged Galaxy S5 Mini might be dubbed Galaxy S5 Dx, as it shows a 'Dx' suffix under the Galaxy S5 name. 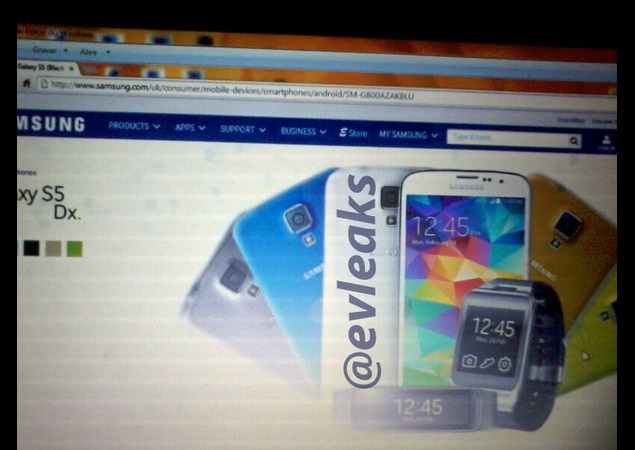 However, there is no word whether the yet-to-be-announced Galaxy S5 Mini will pack features such as the fingerprint scanner, heart rate sensor and IP67 certification for dust and water-resistance.

Last week, we saw an alleged Galaxy S5 Mini listing of the SM-G800F on Samsung Finland's support page, and that was soon followed by another listing on an Indian import/ export site that suggested that the rumoured mini-variant of the Galaxy S5 could sport a 4.47-inch display.