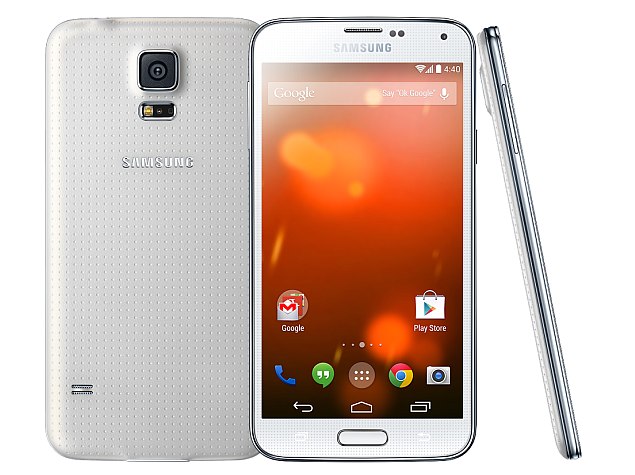 Google and Samsung might soon release a Google Play edition of Samsung's flagship smartphone, the Galaxy S5, as the device has been listed in a strange manner on the Google Play store in the US.

Interestingly, the image used on the Google Play Store listing shows the handset with both hardware and software keys on the front-end of the Galaxy S5, something never seen before with Samsung. Google later removed the Galaxy S5's image from the Galaxy S4 Play Edition listing. 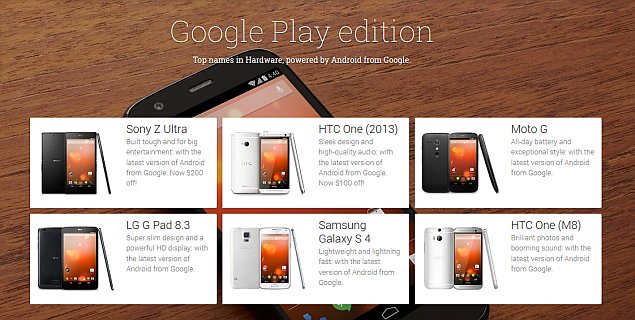 A Samsung Galaxy S5 Play Edition is still expected to be launched, especially as HTC has already launched the Google Play Edition of the One (M8) in March, for $699 (Rs. 42,250 approximately).

Additionally, the Sony Z Ultra Google Play edition, which came out in December last year, got a price cut of $200 and is now available for $449.